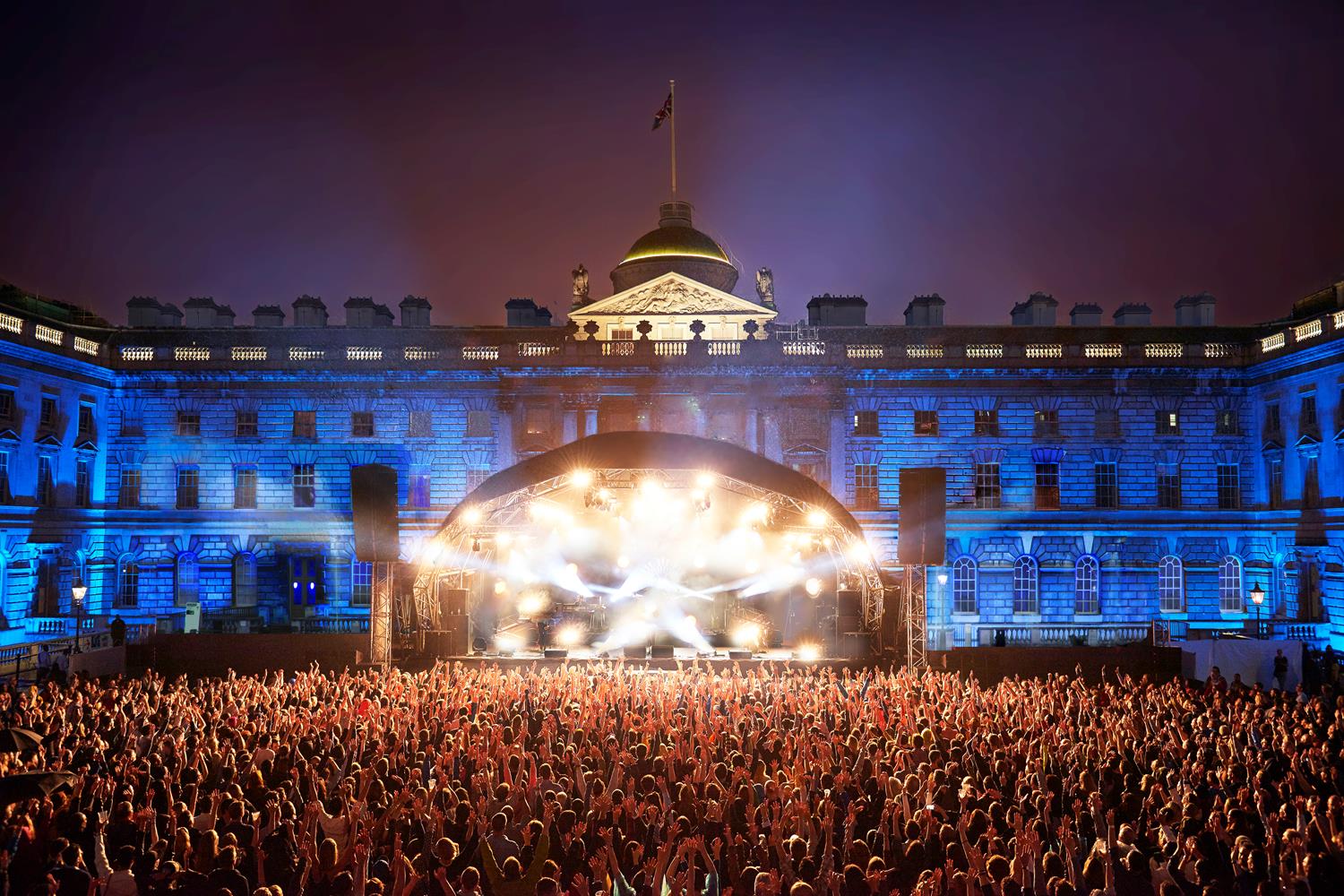 Summer Series at Somerset House with American Express® returns from 6 – 16 July 2017, bringing fans a special line-up of headlining and emerging artists in one of London’s must-see summer festivals.

This year’s diverse headline and support acts range from UK talent, Laura Mvula, Omar, Sloes, YAK and Submotion Orchestra to Amsterdam-based Klangstof, Robert Glasper from the US, and Lebanese Mashrou’ Leila, introducing audiences to distinctive new talent as well as showcasing well-known favourites from across the world.

Emerging talent at Summer Series is always carefully matched to each of the eleven headliners to create a distinctly memorable experience for audiences. Many support acts from Summer Series have even gone on to perform headline shows in the unique Somerset House courtyard, including this year’s closing night headliner Songhoy Blues, who will bring their infectious, joyful grooves on 16 July, following their supporting slot in 2015.

The following evening, the courtyard will welcome Moses Sumney, supporting The Cinematic Orchestra. Gifted with an effortlessly intimate voice, LA native singer/songwriter Sumney’s shimmering and ghostly vocals have won him plaudits and fans including Sufjan Stevens, Solange and Grizzly Bear.

Home-grown rockers YAK will support Warpaint on 10 July. Pegged as one of Britain’s most exciting new bands by NME, trio YAK have a reputation for fuzzy, scuzzy anthems and full-throttle gigs.

Fresh from his sold out show at the Jazz Cafe and latest album Jardin released by legendary LA based record label Stonesthrow, Gabriel Garzon-Montano has won legions of fans and critical acclaim thanks to his delicate compositions and multi-instrumental talent. Montano will support The Robert Glasper Experiment on 11 July, bringing together unexpected moments of rock, hip-hop, disco, electronic and pop.

Other highlights include intimate song-writing duo Little Hours who will be opening for Birdy and Andreya Triana, who has provided vocals for many including Flying Lotus, Mr Scruff and Bonobo joins the line-up opening for Tom Misch’s headline set.

For the eighth year running, the American Express partnership with Summer Series at Somerset House provides Cardmembers with access to presale tickets to all shows. This is just one example of the enriched experiences available to Cardmembers at some of the UK’s most sought after entertainment events.

To be kept informed about events at Somerset House please sign-up here: www.somersethouse.org.uk/music