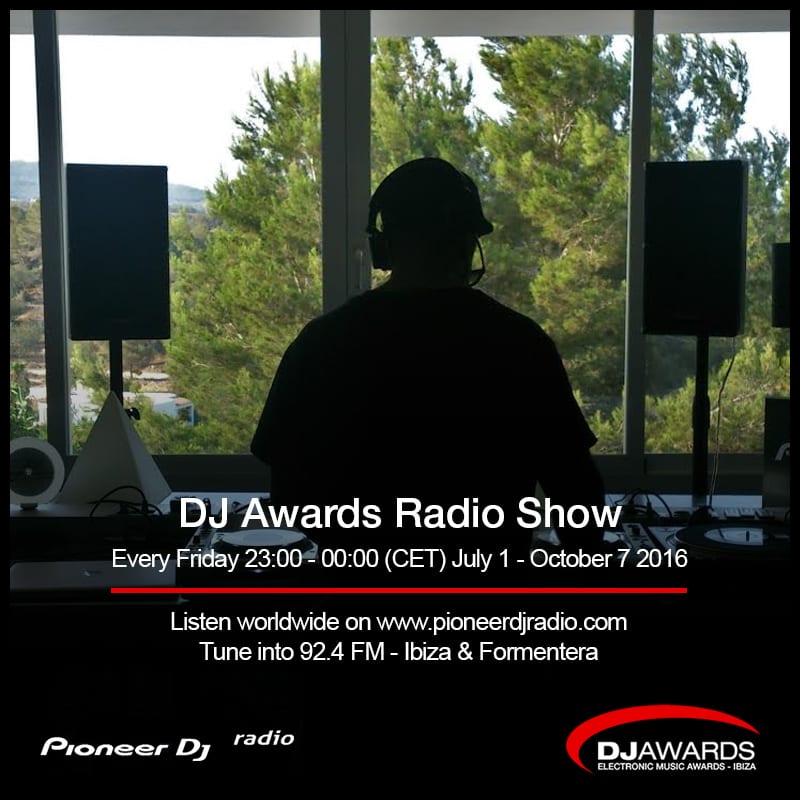 Following on from the success of last year, DJ Awards Radio Show returns with a series of 15 episodes.  Produced and broadcast from the studios of DJ Awards’ radio media partner, Pioneer DJ Radio, the weekly broadcasts will feature guest mixes and interviews with a selection of the 2016 nominees highlighting the categories of Bass, Breakthrough, Deep House, Electronica, Electronic Live Performer, House, Newcomer, Tech House and Techno.

Kicking things off on Friday, July 1st from 23:00 to 00:00 CET with a preview show followed by the first of nominees featured on July 8th, you can listen worldwide on www.pioneerdjradio.com, and in Ibiza and Formentera on 92.4FM.

DJ Awards is an independent non profit organisation founded in 1998 to recognise and honour DJs and individuals who have influenced electronic dance music worldwide.

Now in its 19th year, DJ Awards Ceremony returns to Pacha Ibiza on Monday 3rd October where winners will be presented with the prestigious kryptonite award.

This year’s theme is Let’s Dance, you know how it goes…. “Life may not always be the party we hoped for, but while we're here let’s dance!”

Voting is still open, have your say at http://djawards.com/voting-2016/