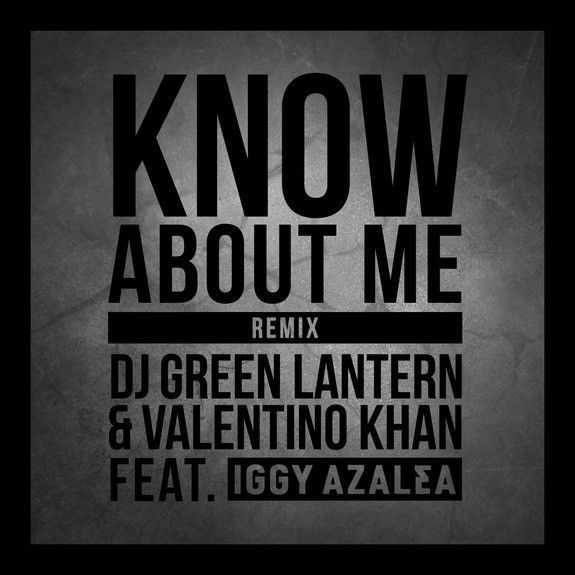 With two enormous tracks in as many weeks, DJ Green Lantern is back already with his newest cut of 2014. Revisiting the ‘Know About Me’ beat dropped just prior to Christmas with counterpart Valentino Kahn, the duo now have an awesome topline in tow from none other than hip-hop’s most in-demand songstress, Iggy Azalea. Courtesy of the rap world’s latest revelation and the production talent of the two, ‘Know About Me’s vocal remix is capturing attention from all corners of the world, and now, you can check it out in all its grandeur below before its February 11 release date:

Continuing Green’s invasion of the electronic music world, the ‘Evil Genius’ fuses his hip-hop roots that have been honed over his illustrious career and puts them to work. ‘Know About Me’ is a textbook example of his new sound and production skills, none of which you’re able to place within one genre. Kicking in with the drums towards the pitch screwed break, Iggy’s distinctively tenacious vocals bleed in seamlessly with the rolling beat and succession of huge drops that follow. A polished production from all three acts currently at the top of their game, ‘Know About Me’ serves as a platform for Green, Valentino and Iggy to show off their skills within the 3 and a half minute runtime.

Having started his touring schedule with a bang last Friday at Webster Hall New York, it marks merely the beginning of an 8-date run across the States and Canada, stopping off at iconic venues from Seattle to Edmonton along the way. Check out the Spring run of dates below: