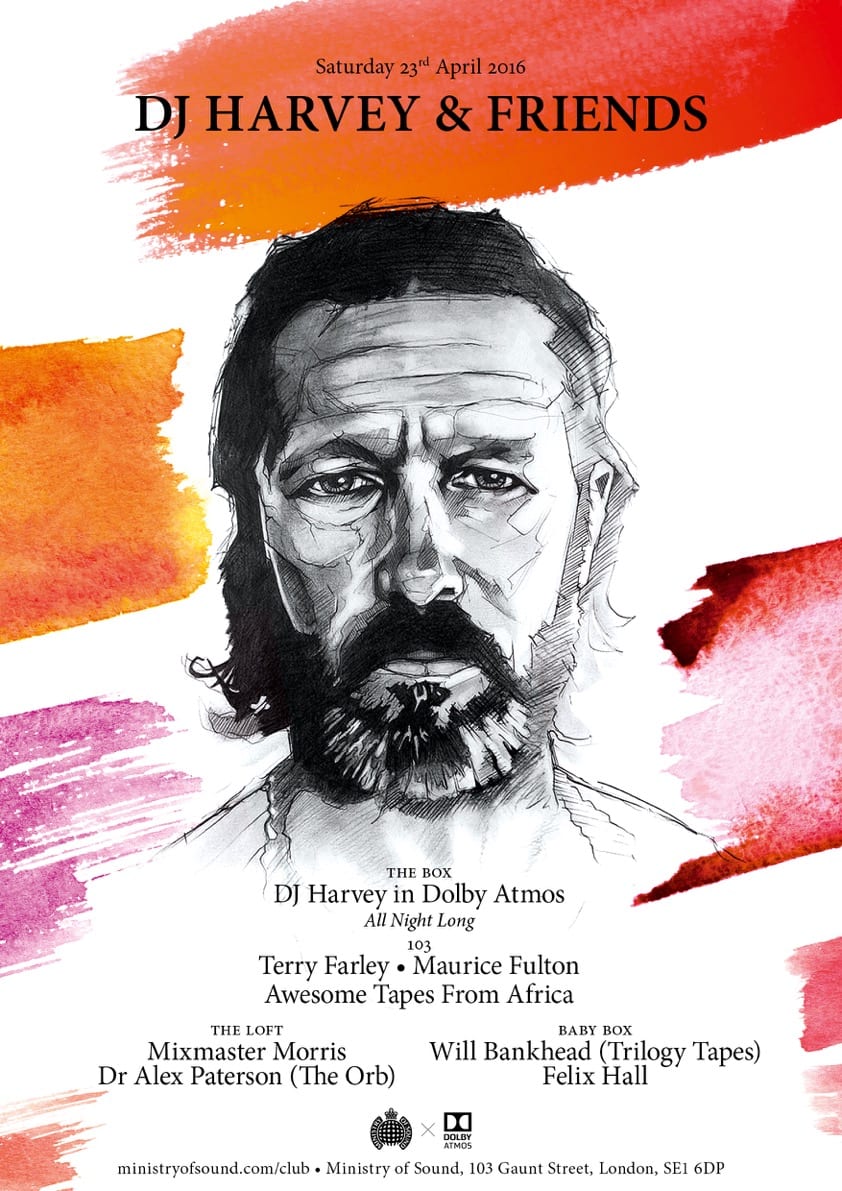 There are now less than 2 weeks to go until the legendary DJ Harvey makes an emotional return to Ministry of Sound on Saturday 23rd April. A cult icon of the disco era and an irrepressible selector whose eclectic music choices continue to push boundaries, his first appearance at the club for almost twenty years will see him play all-night long in the new Dolby Atmos sound system – alongside a carefully curated line-up of friends that include Terry Farley, Maurice Fulton and Mixmaster Morris.

One of the last DJs to work with the Paradise Garage’s Larry Levan, DJ Harvey became an early resident at Ministry of Sound in the 90s on both Friday’s and Saturday’s, as well as releasing a pioneering ‘Late Night Sessions’ mix via MOS in 1998. Now hailed as an archetype of club culture two decades on, Harvey’s cutting edge approach to mixing will be laid bare at Ministry of Sound as he’s confirmed to play in their newly launched 60-speaker, 22-channel Dolby Atmos sound system. Debuted in January of this year, the analogue-loving DJ joins the likes of London Elektricity and Sub Focus to sample the new software – which is the world’s first surround sound dancefloor technology – and has been working hard in the studio re-mastering his tracks in advance of this landmark show.

With Harvey taking the helm in The Box all night long, founder of the legendary Junior Boys Own, Terry Farley, will headline 103 whilst Maverick production genius Maurice Fulton also plays alongside the excellent Awesome Tapes From Africa, who'll be carefully selecting out-of-print cassettes from African musicians and bands. The ‘Godfather of Chillout’ Mixmaster Morris rounds off proceedings in The Loft, making DJ Harvey’s inspired return to Ministry of Sound truly unmissable.

The Box:
DJ Harvey in Dolby Atmos All Night Long