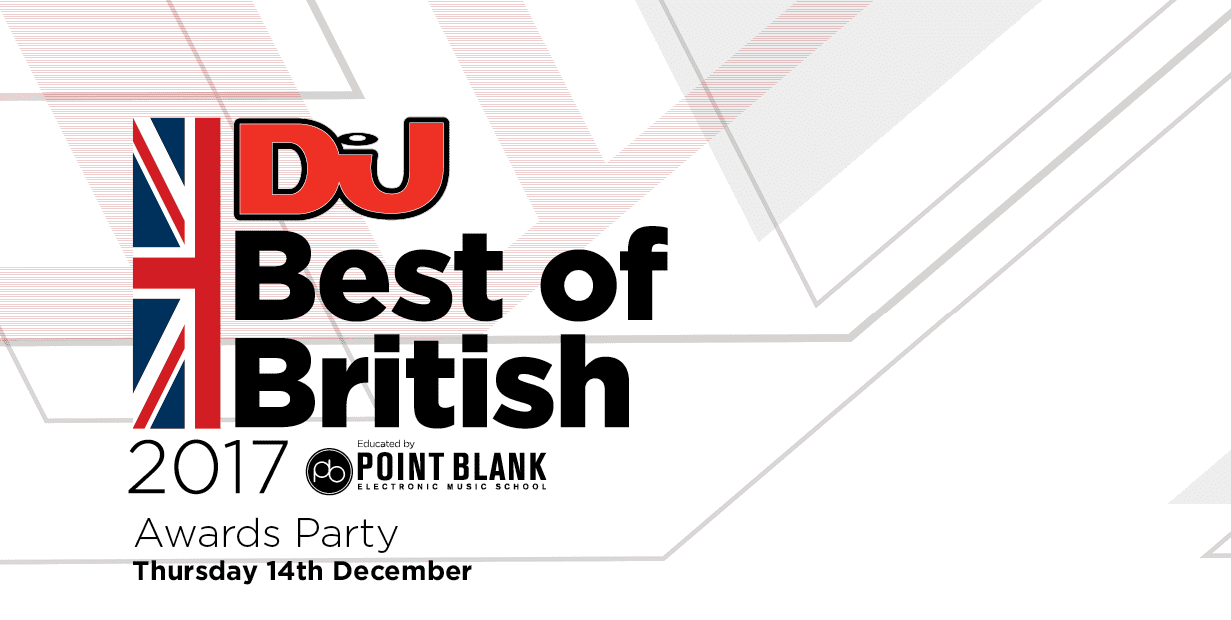 Best of British Awards Party, powered by Relentless Energy Dri to be held at EGG LDN on Thursday 14th December.

The DJ line-up has been announced for DJ Magazine's annual Best of British Awards 2017, powered by Relentless Energy Drink.

The first release of tickets for the event on Thursday 14th December at EGG LDN, are priced at only £5, including a £2 donation to Unicef. Doors open at 8pm and the event will run to 3am.

The annual competition is a celebration of the UK’s underground electronic music scene and is now in its ninth year. Positioned as a counter-balance to the global DJ Mag Top 100 DJs poll, Best of British shines the spotlight on UK talent, be they DJs, producers, live acts, ensembles, MCs or labels, clubs, venues, festivals, albums, compilations, tracks, remixes, or live streams.

The Best of British awards features British talent that has made considerable waves over the past 12 months. Each year, DJ Mag’s editorial team choose the 5 nominees for each category before giving the UK’s clubbers and electronic music fans a chance to make their voices heard via a public vote.

The Best of British nominations – as chosen by DJ Mag's UK editorial team – have been voted for by music fans in every category of the poll. Voting has now closed.

–  The Arch, Brighton
–  The Blackbox, Birmingham

Soldier of the Scene

With a worldwide audience of over 5 million, DJ Mag is an internationally recognised British media brand dedicated to dance music, DJs and the technology and culture that make up the now global scene. Based in London, DJ Mag’s operations span print, digital media, video, awards, annual polls, tours, events, and live music streaming.

The magazine was founded in 1988 as “Jocks” and currently produces a monthly print edition in the UK, USA and Canada, with seasonal editions in Ibiza and Croatia. DJMag.com has in excess of 800,000 unique monthly users, 5 million monthly page views, 360,000 Twitter followers, and over 2.1 million Facebook fans. The magazine, brand and content are licensed around the world to France, Italy, Spain, Netherlands, Germany, Latin America, Brazil, Mexico, Korea, Japan, India, U.A.E, Malaysia and Indonesia. DJ Mag celebrated its 25th anniversary in 2016.

DJ Mag also produces four publicly voted annual polls, Top 100 DJs, Top 100 Clubs, Best of British, and DJ Mag Tech Awards, which receive nearly 2 million votes between them.  The Top 100 DJs poll culminates in a yearly awards show that has been held at ADE (Amsterdam Dance Event) in the Heineken Music Hall, the Passenger Terminal, The Convention Factory, the Rai and the Ajax Stadium. The event is also livestreamed to millions around the globe.