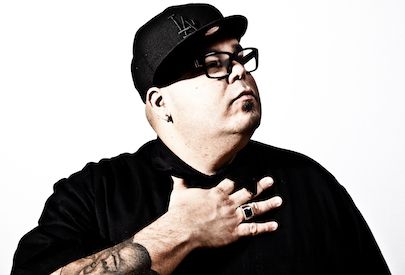 The original house gangster, DJ Sneak, will play an intimate one hour DJ set at Tantra Ibiza, for the Unusual Suspects Ibiza pre-party on Thursday 7th June, ahead of his headline set at Sankeys Ibiza. Entry to this unmissable pre-party is free.

Unusual Suspects Ibiza builds on a big reputation at Sankeys Ibiza again this year. After French legend DJ W!ld took to the turntables last week, this Thursday they keep the quality coming with Chicago house hero, DJ Sneak, as well as Mr & Mrs Jonson (live), Frank Storm, Janina and Federico Grazzini. The Unusual Suspects Ibiza pre-party will take place at Tantra Ibiza on Thursday 14th June from 11pm, where DJ Sneak will be playing an exclusive one hour DJ set, showcasing the jackin’ house grooves he’ll be dropping at his set at Sankeys Ibiza later that night. Tickets for Unusual Suspects Ibiza will be available to buy at Tantra Ibiza, or can be bought from www.ibizadiscoticket.com. Entry to the pre-party is free.

If you’re in Ibiza, Tantra Ibiza is the perfect way to kickstart your night, getting up close and personal to the world’s best DJs as they warm you up for the night ahead. Already this season, the Tantra Ibiza refurbished DJ area, ‘The Red Box’ and stunning Void Acoustic soundsystem, has been graced by the likes of Anja Schneider, DJ W!ld, Hot Since 82 and Bob Sinclar, delivering one hour of musical magic to Ibiza’s true party people,

DJ Sneak carved out a reputation from the early 90’s as a self-proclaimed 'house gangster’. His signature sound of filtered, disco-influenced house with tough, jackin' beats influenced the sound of some of dance music’s biggest names and Sneak developed a formidable reputation as a DJ who could command any dance floor. His seminal label, Magnetic Recordings drove his sound forwards following releases on such classic labels as Strictly Rhythm, Cajual Records and Henry Street Records. DJ Sneak was at the vanguard of the second wave of Chicago house, following in the footsteps of Marshall Jefferson, but has gone on to create a legacy all of his own. All real house music fans should track him down at Tantra Ibiza and follow on for more at Unusual Suspects Ibiza this Thursday 14th June.
In the heart of Playa d’en Bossa, Tantra Ibiza is open day and night, offering the coolest cocktails, advice on clubs and parties (with an independent ticket office offering unbeatable deals), as well as some of the best after-parties, with hugely talented resident DJs providing a cutting-edge soundtrack.

Tantra Ibiza is proud to host the Unusual Suspects pre-party with DJ Sneak, from 11pm on 14th June.