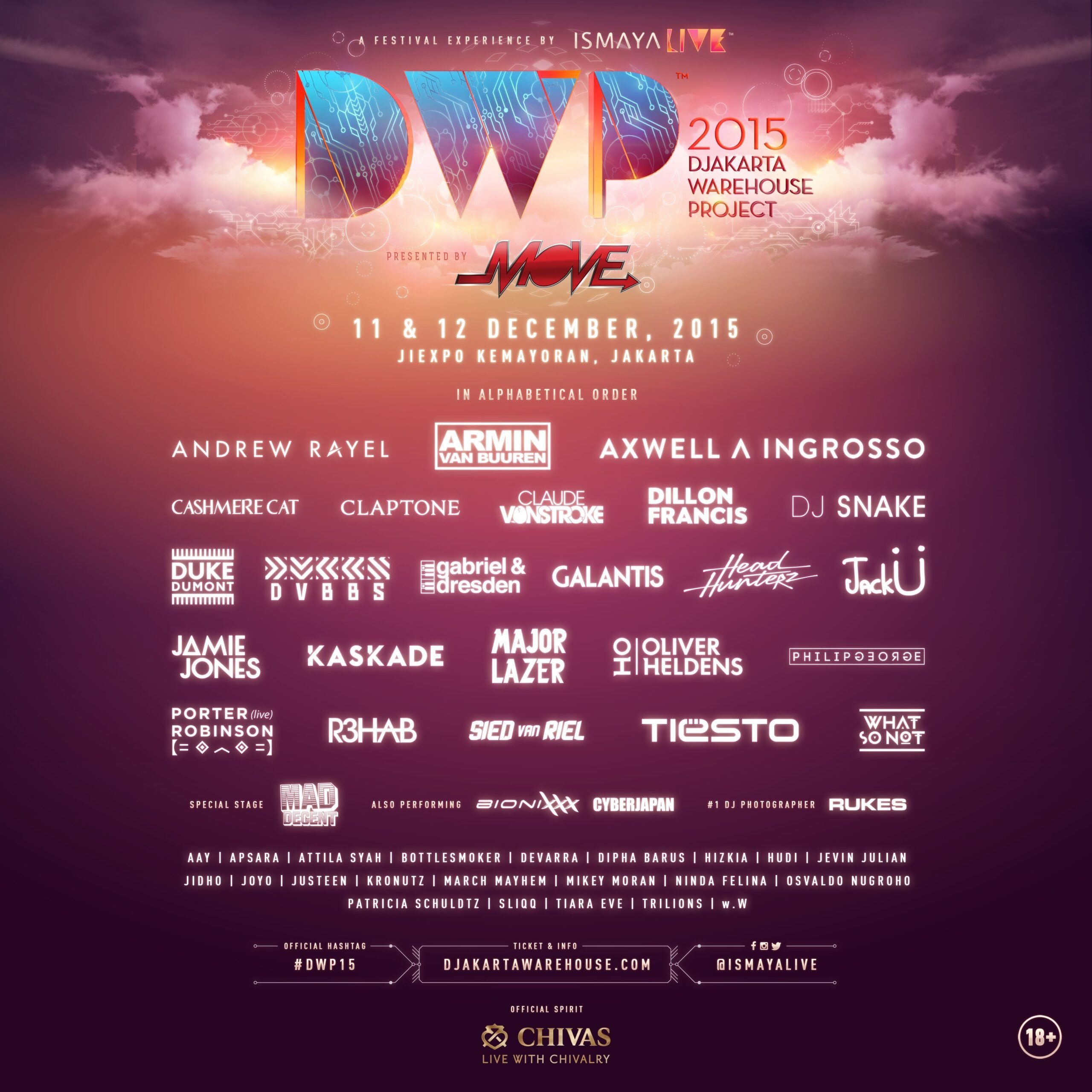 With just two months remaining until the seventh edition of Djakarta Warehouse Project gets under way, organizers have now revealed the final wave of scintillating talent set to take over Jakarta’s Jiexpo Kemayoran Convention Center this December 11 and 12 – and they’re making sure it’s one of the biggest lineups to ever land on Asian soil.

First up to join an already mind-blowing array of headliners such as Armin Van Buuren, Axwell^Ingrosso, Kaskade, Major Lazer, Porter Robinson (LIVE), Tiësto and many more, will be the luminary duo Jack Ü, comprised of Mad Decent boss Diplo and OWSLA head honcho Skrillex. The pair have set countless festivals alight since their debut back in 2014 and are guaranteed to bring a host of surprises to DWP during their first ever Asian performance.

Furthermore, DWP has also confirmed deep house maestro Duke Dumont, Armada Music favorites Gabriel & Dresden and Andrew Rayel alongside Spinnin’ Records veteran Sied van Riel to bring some different flavors to proceedings. Last, but by no means least, one of the hottest acts to come out of Australia and Future Classic label favorite, What So Not, will be making his DWP debut this year and is bound to be a surefire hit with local and international fans alike.

For those looking to travel from neighboring countries, Ismaya Live, the team behind DWP, has also partnered up with local hotel groups to provide attendees with amazing packages for travel and accommodation. For further information head to www.djakartawarehouse.com.

With capacity increasing each edition due to unprecedented popular demand, and Early Bird admission tickets selling out in record time, only a limited number of General Admission and VIP tickets are still available. For all further information on DWP, please visit the official website at www.djakartawarehouse.com.