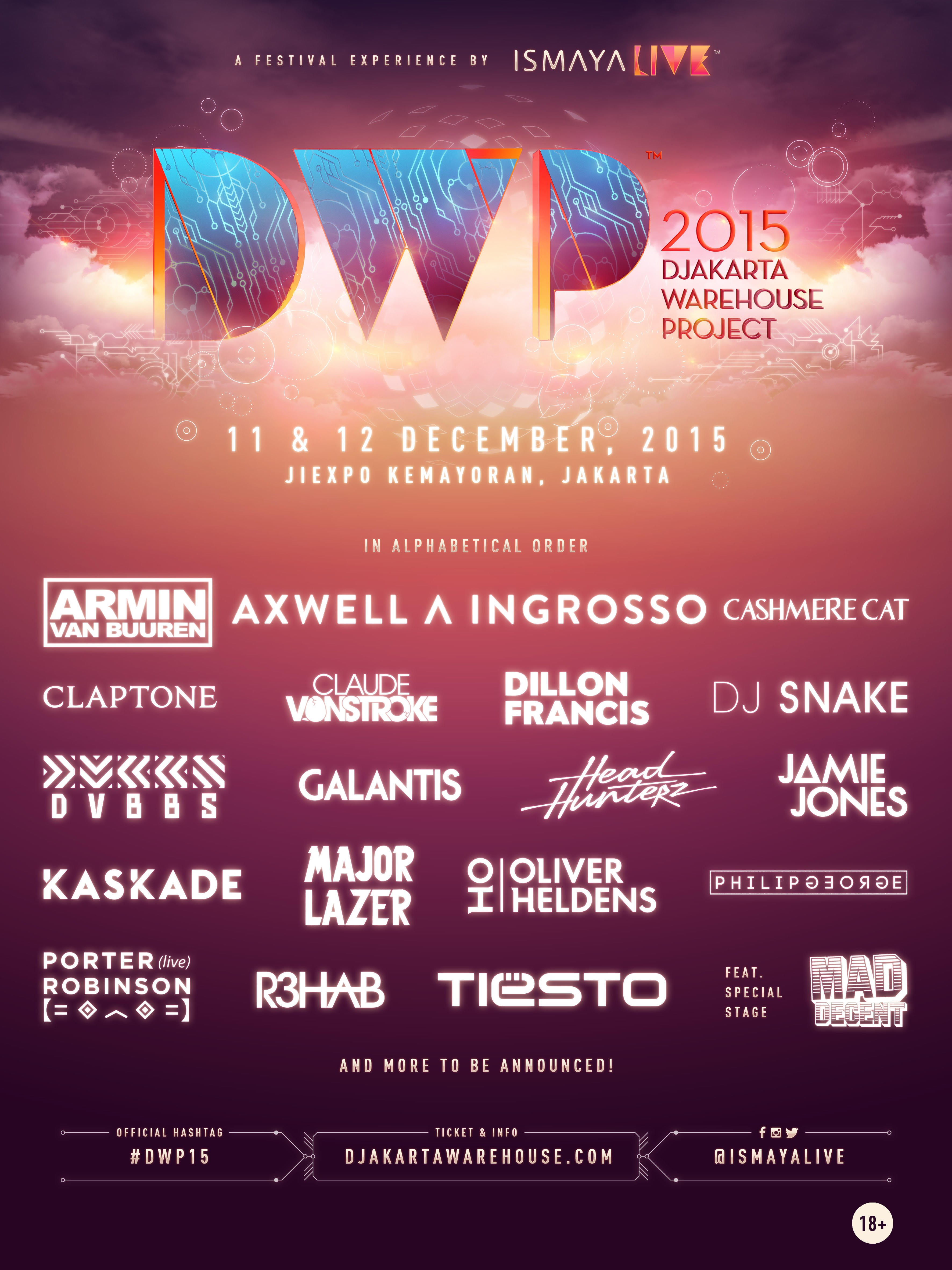 On Friday, December 11 and Saturday, December 12, 2015, Indonesia’s treasured Djakarta Warehouse Project – otherwise known as DWP – will return to the nation’s metropolitan capital, Jakarta, for its landmark seventh edition and its most extravagant festival to date. Originally conceived as a humble warehouse party, the event has grown beyond all recognition as it prepares to host a staggering 70,000 international party people from all corners of the globe.

But beyond the vast increase in the number of global dance fans flocking to the beautiful island of Java each December, nothing is more indicative of the success of one of Asia’s now flagship events than the sheer level of superstar talent it attracts year-on-year. Testament to just this, DWP now reveals the incredible list of talent set to grace its stages in just over three months time, and lets the music do the talking with what is undeniably its biggest lineup to date.

With the outdoor Main Stage (dubbed Garudha Land after the national symbol of Indonesia) seeing the likes of Armin van Buuren, Axwell ^ Ingrosso, Tiësto and Kaskade entertain tens of thousands, a huge second stage will host an official Mad Decent night where festivalgoers will witness the likes of Diplo’s super group Major Lazer and moombahton king Dillon Francis perform amongst many more, before being transformed into the Neon Jungle stage on the second day to host an eclectic night with names like Porter Robinson (Live) and Galantis.

Djakarta Warehouse Project will also be introducing a third stage solely dedicated to the underground sound for the first time this year, featuring the likes of Dirtybird label honcho Claude Von Stroke, Hot Creations boss Jamie Jones and the masked man of mystery Claptone, before seeing a total trance makeover on Saturday.

With prices starting at just 1,125,000 Indonesian Rupiah (roughly $80 USD) for a full two-day pass, Djakarta Warehouse Project 2015 is one of the best value festivals in Asia. For those looking to party in true style, VIP passes are available for 2,250,000 Indonesian Rupiah (roughly $160 USD) giving you access to a lavish VIP lounge with its own exclusive VIP entrance, the best viewing area in the house and a private bar with tables and sofas.

Complete with a diverse lineup of world-beating talent, a stunning venue with three massive stages to choose from and state of the art production, lighting and sound, Djakarta Warehouse Project 2015 is one festival you certainly do not want to miss this year. Be sure to grab your tickets before it’s too late!

Many more acts will be announced in the coming weeks. Stay tuned to the official Djakarta Warehouse Project Facebook and Twitter pages for up-to-the-minute information.

With many more soon to be announced!