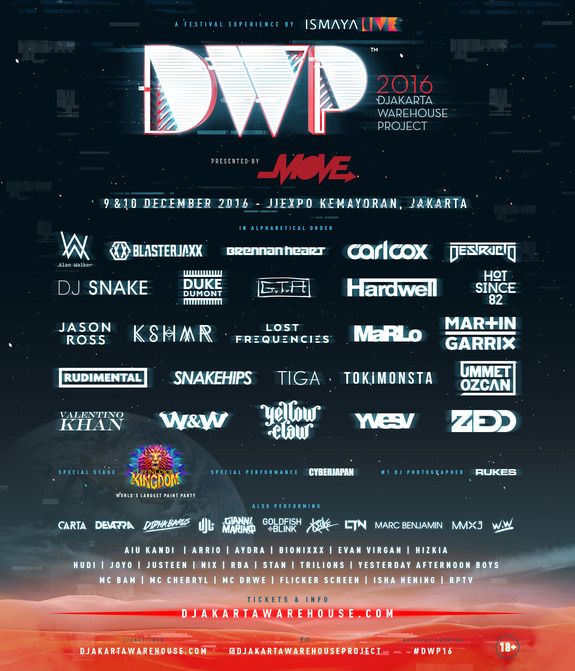 In just two months, the eighth edition of the Indonesian flagship, Djakarta Warehouse Project, will touch down at the colossal Jiexpo Kemayoran Convention Center on December 9th and 10th.

A further 30 regional support acts have been confirmed to join the heavyweights across three spectacular stages, which includes the DWP return of the beloved Life in Color, ‘the world’s largest paint party’, with their massive KINGDOM concept, which promises to take fans ‘on a journey like never before’.

As the leading promoter of live music events in Indonesia, Ismaya Live is committed to providing fans with an unparalleled festival experience and in an effort to do so, organizers have teamed up with Bobobobo to  provide those coming from abroad with great deals on travel and accommodation. This event will undoubtedly sell out, so be sure to grab one of the few remaining tickets for what is set to be biggest electronic music festival to touch down in Southeast Asia.

For all information regarding the festival, please visit www.djakartawarehouse.com.