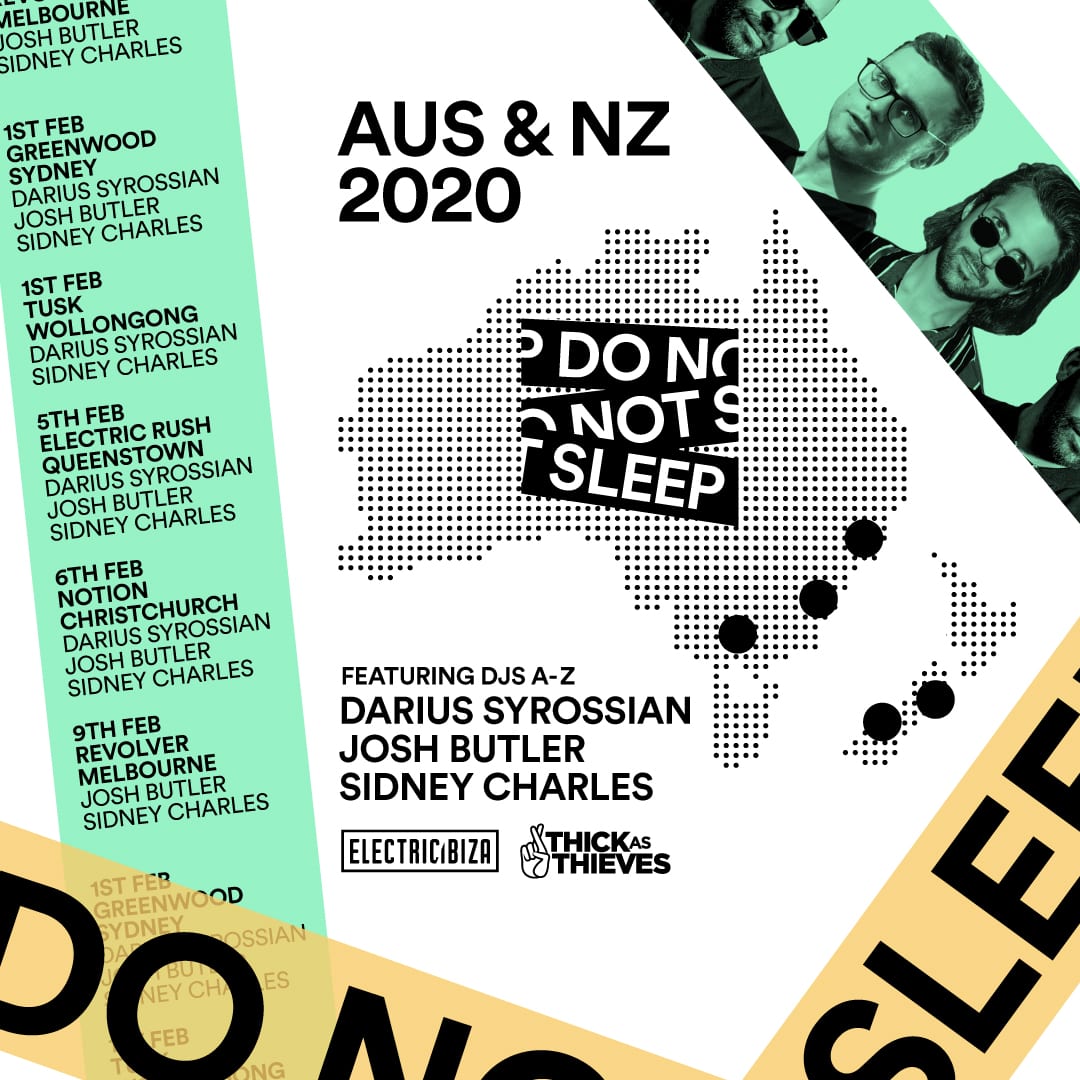 Big things are happening at Do Not Sleep HQ. With 2020 on the horizon, Ibiza’s favourite straight-through-crew are cooking up big plans that will see the brand joining forces with Thick As Thieves to take the party quite literally to the other side of the world for their first tour of Australia and New Zealand, and kicking off what will be their biggest year yet in the process.

Do Not Sleep has long been a bastion of quality underground music with clubbers and despite having toured extensively across Europe and South America, February 2020 will be the first time that the brand has set foot down under. In true Do Not Sleep style, they’re using this opportunity to make a statement and heading there with a heavyweight crew in tow with Darius Syrossian, Josh Butler and Sidney Charles repping the brand at each of the five dates through Sydney, Wollongong, Queenstown, Christchurch and Melbourne.

“We’ve always had a very vocal and passionate fanbase in Australia and New Zealand for Do Not Sleep so we’re buzzing to finally be able to take the party to the clubbers down under! We’ve got Darius, Josh and Sidney on board to deliver a full-on Do Not Sleep experience so expect them to pull out all the stops at every show for this one!” – Neil Evans, Do Not Sleep

The tour announcement kicks off a big presence for Do Not Sleep throughout 2020, the team recently announced another debut in the shape of a profile show at Manchester’s iconic Albert Hall in March featuring Pan Pot, Darius Syrossian, Sidney Charles, East End Dubs and Luuk Van Dijk. There’s still plenty more to be announced by Do Not Sleep, but one thing’s for sure – it all kicks off February 1st in Sydney and doesn’t let up from there. You’ve got three months to get some rest in – use it wisely. 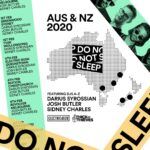