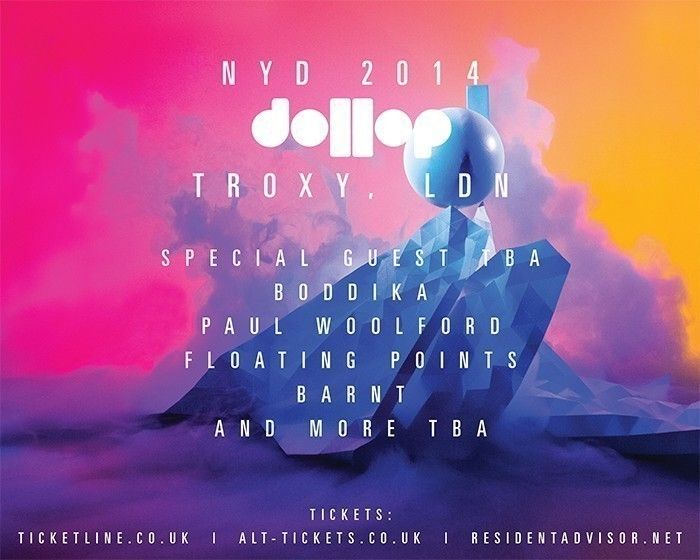 Following two consecutive NYE sell-out events, leading UK party promoters dollop return to their favourite art-deco London theatre in 2014 to host an extra special double-header – expanding into NYD too. With a stellar cast including MK, Boddika, Floating Points, Paul Woolford and Barnt (and some massive names still to be announced) spread across 48hrs, dollop are set to make a triumphant return to this East London venue.

New Years Eve sees MK aka Mark Kinchen heading up proceedings with a full supporting bill to be announced. Some may know him as a leading light of house music, with a clutch of remixes and productions hitting the charts throughout the 90s; others, as head-honcho of the Area 10 label and promotion wing, having hosted numerous stages at festivals worldwide recently. Over the past two years he’s dropped some huge remixes of artists such as Lana Del Rey, Sam Smith, London Grammar and Chris Malinchak, as well as solo projects on Hot Creations and Defected; plus a long-overdue UK Number One with the track “Look Right Through”.

The initial New Years Day lineup features the ultra in-demand Boddika. Having carved a name as part of pioneering duo Instra:mental, Boddika went solo to become the driving force behind his own Nonplus Records label; the man also has strong ties with Loefah’s Swamp 81, alongside Joy Orbison, with whom he collaborated on some of the biggest club tracks of recent years. The stellar supporting cast include techno veteran Paul Woolford (also known as jungle revivalist Special Request); highly celebrated London producer-DJ Floating Points; 2014 breakout star Barnt, with releases on Cómeme, Hinge Finger and Kompakt; plus a very special guest soon to be announced. It all adds up to a two-legged blowout not to be missed.