Filled with mesmerizing kaleidoscopic visuals and comedic moments, this sinister psychedelic video features a girl who wakes up with a hangover to find a miniature man dancing all around her bedroom. The girl then crawls under her bed where she sees flashbacks of herself from the night before.

Dom says: “I’ve been a fan of Ross’ work for some time, so naturally I couldn’t be more excited to have a director of his caliber working on my first ever clip. I wanted this video to be a visual extension of the track, a tongue in cheek representation of club culture that is relatable, yet weird as hell… and I think he’s absolutely nailed it.”

Boasting over 22 million streams across platforms, the single continues to cement itself as being one of the breakout specialist tracks of 2019. The single reached #1 on ARIA Club Chart, Beatport Overall Chart and Beatport Tech House Chart.

Fast becoming one of the most in-demand names on the dance circuit, Dom’s signature sound and remixes for the likes of Purple Disco Machine have earnt him accolades including being named as Pete Tong’s ‘Future Star of 2019’ on BBC Radio 1, a feature from Billboard Dance as one of ‘April’s Ones to Watch,’ and prolific performances at Coachella, EDC Las Vegas, Splendour In The Grass, Beyond The Valley Australia, and Miami Music Week.

Following sold out shows in Melbourne and Sydney within minutes of going on sale, Dom Dolla is set for another busy summer including his UK debut at The Egg, London on July 5th as well as sets lined up at Tomorrowland, Hideout, We Are Electric NL, Ibiza and Greece.

The official video for ‘Take It’ is out now! 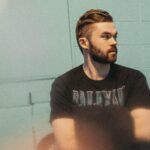