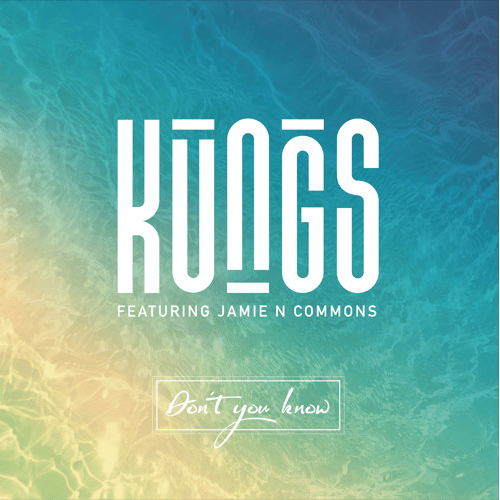 The highly-anticipated new single from Kungs has now been released; ‘Don’t You Know’ is the follow up to the 19-year old French producer’s global no1 success, ‘This Girl’.

‘Don’t You Know’ features many of the elements that made ‘This Girl’ so universally loved, as Kungs further refines his unique musical style. The track is led by strong, soulful male vocals, also featuring a catchy guitar line and live brass chords, underpinned by a stomping beat. The result is a clever, laid-back, summery track with dancefloor power, cementing Kungs’ characteristic sound.

Hailing from the South of France, Kungs may seem young but has been exploring musical production since he was just a child. He first rose to attention when his remixes of Bob Marley – ‘Jammin’ and Lana Del Rey ft Molly – ‘West Coast’ both accrued millions of plays on Soundcloud and Youtube. His demand as an official remixer grew; his official remix for Lost Frequencies ‘Are You With Me’ now has more than 20 million views on Youtube.

It was around this time that he released his first original track, ‘To Describe You’. The track’s instantaneous millions of plays on Soundcloud hinted at the success that was to come: ‘This Girl’ is now the Worldwide Shazam #1, after hitting the top spot in the UK, France, Germany, Australia, Italy, Spain and Mexico. He now maintains an increasingly busy global touring schedule, both as a headliner in his own right and as David Guetta’s go-to support DJ and protégé.