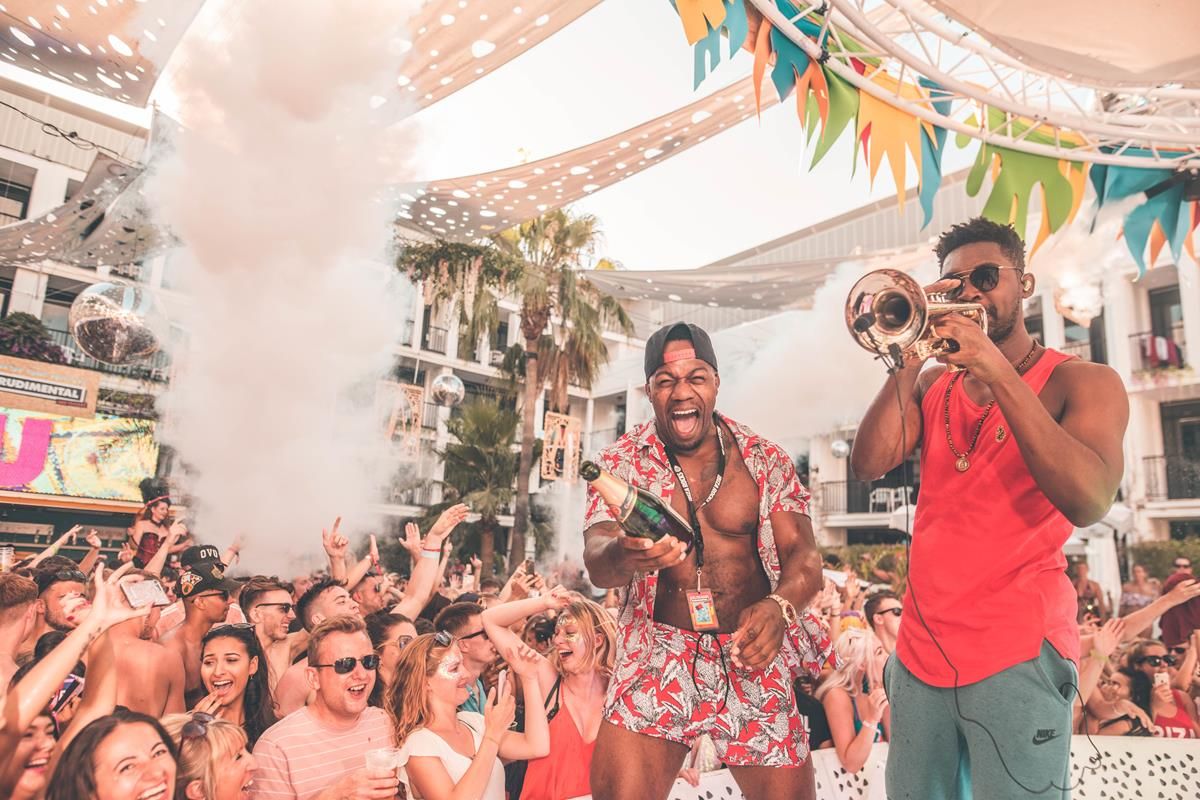 Last summer Rudimental smashed their 8-week exclusive residency at Ibiza Rocks and brought along a  selection of their biggest international collaborators and friends to join Ibiza’s hottest pool party.  This summer the home of the pool party will be ‘home’ once again for the huge hitmakers as they return for their second consecutive ‘Major Toms Presents Rudimental & Friends’ residency every Thursday 4th July – 29th August.

The bond between Ibiza Rocks Hotel and Rudimental blossomed way back in 2012 when they first DJ’d alongside Disclosure and Zane Lowe. Then came headline DJ sets and sell-out live shows throughout 2013, 2014 and 2015 before they returned in 2018 for their first ever pool party residency. Alongside Rudimental, last summer offered a mix of insanely talented artists and DJ’s, from new queen of pop Anne Marie, to global songwriter and solo artist James Arthur to music sensations Gorgon City.  This summer will see even more special guests pitch up poolside to join Ibiza’s hottest party.

The success of multi-platinum-selling, multiple-award-winning Rudimental has soared with sell-out shows across the world and smash hits with the best and freshest talent on the scene. Nominated for two BRIT awards (Best British single and Best British video for ‘These days’) and with their Ibiza Rocks residency to look forward to all summer, 2019 is already well on track to be one BIG year for the Rudimental boys.

To add to the celebrations, Ibiza Rocks have partnered with pioneering brand MelodyVR to create ground-breaking content. Fans can now transport themselves to Ibiza Rocks 2018 to relive the magic of Rudimental & Friends and get a taste of what to expect from their hugely anticipated return this summer.  Transporting fans into the middle of  an amazing set packed with huge anthemic hits, high energy beats and the incredible vocals from chart favourite Anne-Marie. MelodyVR gives multiple viewpoints at their VR shows, putting music lovers in complete control. Fans choose and change their location at the venue – from deep in the crowd right up to being on stage with Rudimental themselves. There will be more to come from MelodyVR and Ibiza Rocks in 2019.

This summer is shaping up to be the biggest yet for Ibiza Rocks, with 5 huge residencies already announced.Lovely Laura & Ben Santiago are owning Mondays in May and June and much-loved UK superstar Craig David is taking over Tuesdays with his ‘TS5’ pool parties whilst Friday will once again belong to Ibiza’s only daytime deep house, disco and tech pool party Cuckoo Land. New for 2019 is the hugely anticipated DJ EZ ‘Eluzive’ residency on Thursdays June and September, with the newly announced Rudimental & Friends taking charge of Thursdays in July and August.  Guest will get a taste of all the pool party magic and a huge surprise special guest performance at the Ibiza Rocks Hotel Opening Party on 17th May.

Book holiday deals direct on IbizaRocks.com for the best prices guaranteed – up to 20% cheaper than other booking agents – www.ibizarocks.com