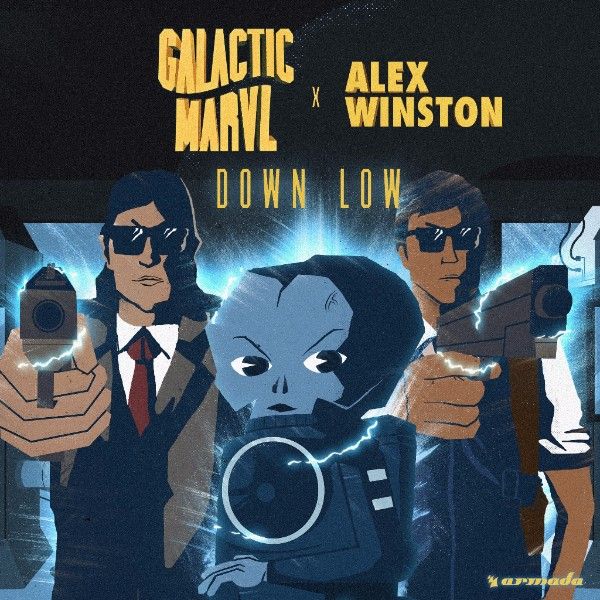 As the search for his true identity gets increasingly intense, Galactic Marvl has unleashed another unmistakable gorgeous single. ‘Down Low’, which was made in collaboration with Alex Winston, comes with a stellar music video and was released on Armada Music today.

A brand-new chapter of the Galactic Marvl narrative, ‘Down Low’ is all about its magnificent rhythms and stunningly detailed arrangement, which has the ability to hypnotize its listeners in the blink of an eye. The music video, which was premiered yesterday on EDM.com, also serves as a way to tell the otherworldly story, with the stunning images conveying as much emotion and thrill as the music itself.

The hype surrounding Galactic Marvl started when the mystery act dropped debut single ‘Save Me’ (feat. Connor Foley). In the following months, he was drafted in to remix hit songs from  The Chainsmokers, Kaskade & Felix Cartal and Lost Frequencies, teamed up with Caroline Vreeland for second single ‘Blue Lips’ and dropped third single ‘Don’t You Worry’ at the start of 2017. Now, ‘Down Low’ (with Alex Winston) shows that the astronomic rise of Galactic Marvl has only just begun.