Fedde Le Grand - Down On Me 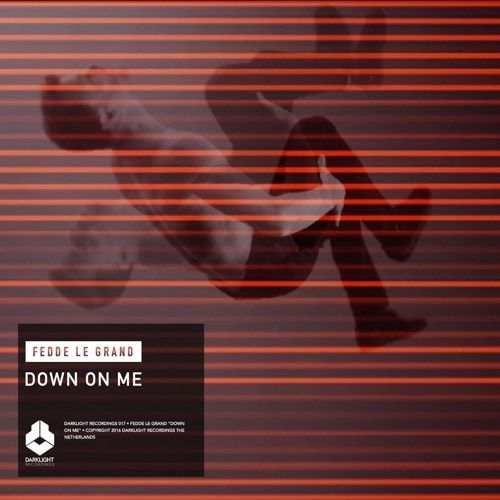 Fedde Le Grand - Down On Me

Dutch dance royalty, Fedde Le Grand, today releases an extended mix of his album highlight 'Down On Me', via self-made imprint Darklight Recordings. The penultimate song on his critically acclaimed 'Something Real' LP, the track now comes packaged with a dynamic lyric video, as can be seen premiered on Fedde's Facebook.

Fresh off his Labor Day mini-tour, which saw him showcase his energetic sets to America's east and west coast, Fedde returns with an extended club version of 'Down On Me'. Having already topped DMC's Buzz Chart, and with the radio edit already becoming a firm favourite in the playlist of Fedde fans the world over, this extended mix will put the track firmly in the set-list of DJ's wanting to inject some true energy into their shows.

Coupled with the track comes a lyric video that intertwines breakdance and acrobatic visuals with clips from Fedde's headline shows this year. Giving the track a new depth and vibrancy, the video has come at a perfect time to remind dance music fans why Fedde is still at the top of his game, and indeed why he deserves to be top of the converted DJ Mag Top 100 poll. Voting is near closing so give your support here: https://top100djsvote.djmag.com/

About to embark on his Asia tour, which will see stop-offs at Ultra Philippines and Ultra Japan, Fedde is set to continue his domination in dance right up until the end of the year and beyond.

For all ticketing info head to: http://feddelegrand.com/shows