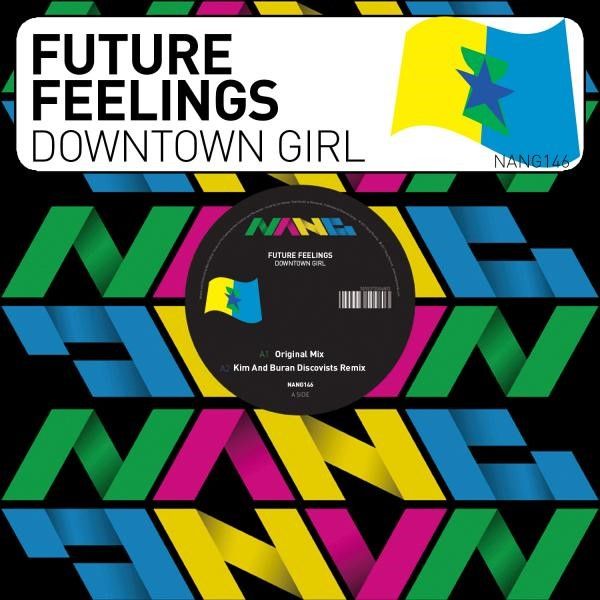 The Mexican collective Future Feelings is made up of Fernando Dimare, Juan Soto (an existing Nang warrior), Thomass Jackson and Dan Solo. The talented bunch make accessible dance tunes which are easily at home on the floor or for listening too. After a string of festivals and appearances in South America and a slew of remixes (for artsits such as Lindstrom, Donna Summer, Goldroom, Treasure Fingers and The Knocks) they are busy preparing their debut album for release on Nang later in the year.

As a precursor to the album here at Nang we present the first single “Downtown Girl” with a whole heap of top flight remixes. The original version mixes a solid European dance floor groove with a touch of New York / DFA indie 1982 nu-wave. Remixes come from Russian based Kim and Buran who contribute the big-room floor led disco work out and the stunning 1975 style funk stomping “Funk to Funk” remix.

Electro music legends Klein and MBO (now sadly less founding member Mario Boncaldo who died this year) keep the spirit of their name alive with the muscular and shamelessly electronic “Electric Boutique remix”. Madrid based Rayco is next up with his seedy, dirty and lowdown growly “Nasty Groove” remix. This one is all about the grind.

The remixes continue with Ilya Santana taking a more lightweight approach. “Will You Take me to Funky town”? Sure can with Ilyas 80’s octavey and synth stabby rework. Dark Punk Hippies take things on a deep italo 4am version and things round off the Babaks down tempo sunset remix. A remix for every every occasion.

The debut album from Future Feelings, is released later in the year on Nang.