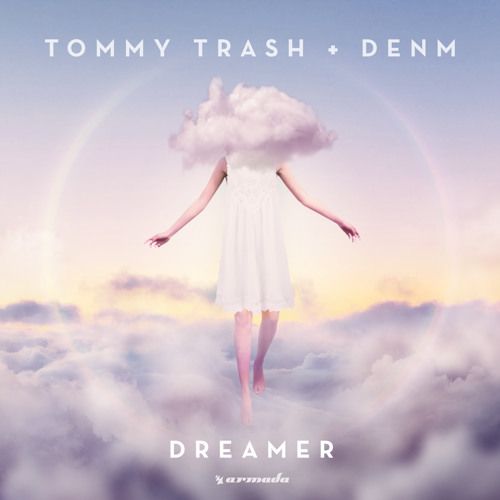 Today marks a very special occasion, as Tommy Trash and electronic up-and-comer DENM collaborate to release their irresistible new single “Dreamer” through Armada Music. As the debut offering on Armada for DENM, and a return performance for Tommy Trash, this piece of pure indie-dance gold promises to #TrashYourDreams.

While the two artists’ releases have historically existed on distant ends of the musical spectrum, their diverse sounds meld together seamlessly on this perfect summer jam. The track’s carefree and upbeat feel, complemented with a driving yet bouncy bass line and shout-along lyrics about doing things your own way, makes it an instant anthem for the dreamers of the world.

“Tommy and I have been writing tons of songs together lately”, DENM says about his recent team-up with Tommy Trash. “We honestly work really well together. So in the midst of writing, he showed me this instrumental and I just started singing something over it. I decided to lay the vocals down and it turned into ‘Dreamer’!”

‘Dreamer’ comes as Tommy Trash’s heralded return to Amsterdam-based record label Armada Music, following 2015’s smash single ‘Wake The Giant’. The Grammy and VMA-nominated producer’s iconic, larger-than-life productions have been staples on some of the most acclaimed electronic labels and in the live sets of the most revered electronic artists. This latest offering only furthers the Australian tastemaker’s pedigree of innovation and success.

DENM has been penning songs since the age of 14. The Santa Barbara beach-reared musician played in a handful of indie bands, been the left-to-center talent working on track from major pop stars and produced likeminded groups such as Clean Spill. DENM’s debut EP, ‘Dreamhouse’, premiered at #1 in Spotify Viral Global Charts and #1 on the Soundcloud Electronic Charts. His follow-up EP is due in the summer of 2018.