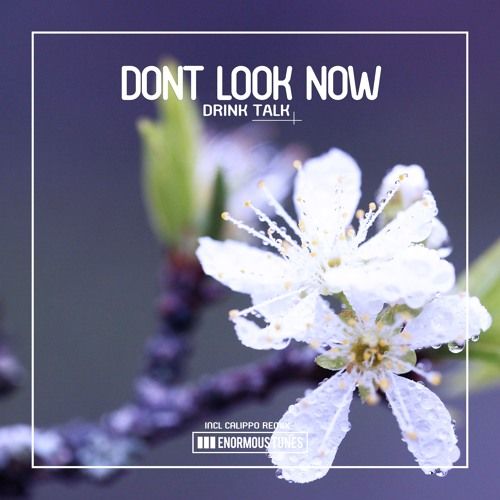 Ahead of his much-anticipated debut album ‘Presence’ in June 2018, UK emotive-house producer Dont Look Nowcontinues to tease its arrival with new single, ‘Drink Talk’, released 11th May 2018 on influential Swiss label, Enormous Tunes. The infectious ‘Drink Talk’ is the second single to be released from his forthcoming album, featuring a female vocalist who appeared on BBC 1’s The Voice. A top future house remix comes from the Enormous Tunes’ in-house producer, Calippo, which to date already has an impressive 93,000 plays on YouTube, in just a few short days. ‘Drink Talk’ is another example of Dont Look Now’s ever evolving sound and offers a brilliant glimpse of what is to come from the new album.

Dont Look Now is by no means an overnight sensation: over the last ten years, the Brighton-based producer has had significant success under his birth name, Ad Brown. Releasing on labels like Sony BMG, Pacha, Toolroom and Ministry Of Sound, he has also remixed for Kylie and Usher, supported the likes of Calvin Harris, and held various key residencies including M1NT in Shanghai, plus toured the world over. Like any true artist keen to evolve his sound, he locked himself away the studio and remerged as Dont Look Now with a fresh and emotional take on silky house music.

Dont Look Now received great acclaim for previous single ‘Feel’s Like’, which has been streamed more than 2 million times on YouTube. Labels from Enormous Tunes – home to top artists like EDX and Nora En Pure – to Nervous lined up to release his work. The story continues to unfold with latest single, ‘Drink Talk’…

“A few years ago, I realised I needed to fully commit to creating my own style of house music” says Dont Look Now who has left mainstream remixes behind him to focus on new music using some lovely analogue gear. “I feel like ‘Drink Talk’ is one of the strongest tracks I’ve created,” he adds. “It’s about that amazing moment when you really connect with someone at a club.”

And the joy of that really comes over in the music. ‘Drink Talk’ is a steamy house affair with plenty of deep drums and uplifting synths. It’s warm and rounded, with popping kicks bouncing beneath a clean bassline that is melodic and musical. Perfectly suited for summer with its futuristic and summery feel, it’s a feel-good anthem in the making, thanks to the crystalline vocals which soar up top and bring real romance to the track.

On remix duties is Enormous Tunes’ label artist, Calippo, who creates a signature version with everything his fans love him for – evident in his 650k monthly plays on Spotify. This deep and future house artist does what he does best here, and layers in frazzled synths and big drums that drive the groove home. Check that one out now https://youtu.be/pi_1_xBX8Dk

‘Drink Talk’ is now available to buy exclusively via Beatport and to stream on Spotify. Global release comes on 11th May 2018 in all other stores.