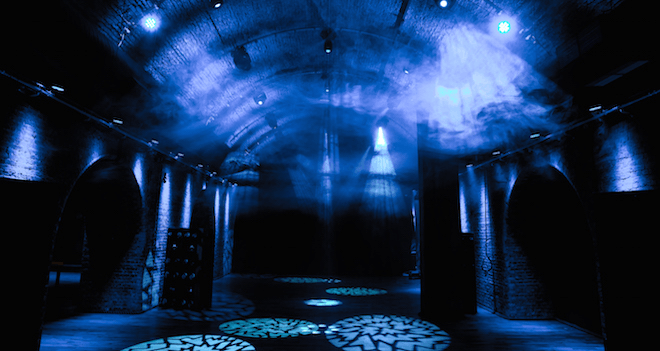 Boys Own, the legendary party series, fanzine and label descend on new London venue ‘The Steelyard ‘ for their annual blowout on June 27th…

The Steelyard is a new venue set in the heart of the City of London. Set across 3 railway arches beneath Cannon Street Bridge its club space is 800 cap in one cavernous main room, with an adjoining bar arch, and split-level mezzanine area.  Housing a listed steel crane and track and exposed brickwork this unique space is fast building a rep for hosting the biggest parties in town.

Patrick Bodmer and Phillip Jung aka M.A.N.D.Y have very much carved their own unique niche in electronic music over the past ten years. From the release of  ‘Body Language’ (their smash-hit collaboration with Booka Shade) to launching and developing their own successful label ‘Get Physical’ they consistently push boundaries and have remixed the likes of The Knife, Joakim, Royksopp and The Klaxons to name a few.

Joining them on the bill is New York based DJ/producer Honey Dijon. Growing up in Chicago, she charmed her way into legendary clubs like Ron Hardy’s Music Box from an absurdly young age. She first wrapped her head around DJing by watching Derrick Carter play records in his loft. (She still counts him as a best friend.) Honey’s sets incorporate the bump of Chicago with more classic New York and European flavours

There aren’t many people in the history of British club music who are held in higher regard than Terry Farley. Alongside Andrew Weatherall, Cymon Eckel, Steve Mayes, Pete Heller and the rest of the Boy’s Own crew, they ran raves, released and produced records and printed a seminal, satirical fanzine that traced a very British link between the football terraces, dancefloors, youth fashion and the picket line in a way that no other publication would before or after.

Having recently scored a Number 1 in the first ever UK vinyl chart with his Frankie Knuckles tribute feat. Underworld, Farley & Heller and The Misterons (‘Baby Wants To Ride’) he has been on the dancefloor since day dot. He has produced some of house music’s most enduring cuts under various guises, including Roach Motel and Bocca Juniors, as well as with fellow Boys Own cohort, producer and label boss Pete Heller as Farley and Heller.

Not only were the Boy’s Own gang responsible for publishing the first article on Acid House, penned by none other than Paul Oakenfold, they also held the first documented outdoor acid rave in 1988. And through their offshoot record labels Boy’s Own Recordings and later Junior Boy’s Own, the founders of the fanzine would help discover the likes of Underworld, X-Press 2 and the Chemical Brothers and release some of the most endearing British house music of the ’90s.

Boys Own celebrate their 30th anniversary in 2016…watch this space…