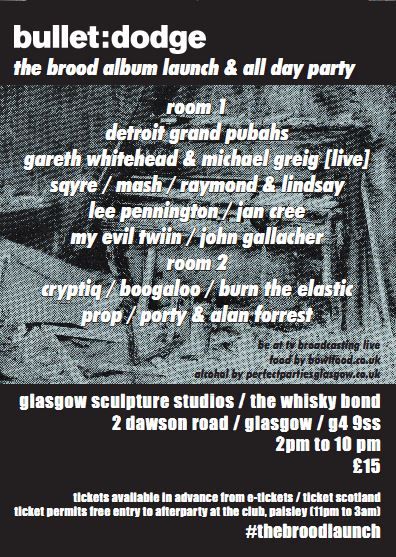 “I wanted to create an album with a difference I guess, something that had a concept and theme. I felt it important to honour the different pioneers of house and techno and in creating a collaborative venture this could be achieved. Most of the guys involved I’d worked with before in some capacity and for the others the idea behind the album helped convince them to get involved.” Gareth Whitehead, Bulletdodge