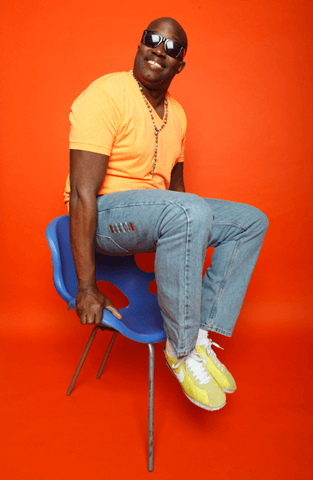 #NB4U(Naked Before You) is the highly anticipated debut album from chart-topping US singer / songwriter, Duane Harden, released on his respected label, Soltrenz Records via Strictly Rhythm. Originally set for release on 4 November, the album will now launch on 20 January, in order to include an additional, exclusive remix of the classic, Powerhouse feat. Duane Harden ‘What You Need’, by Duane’s long time production partner and dance music legend, Bob Sinclar.

The decision to delay the release of the #NB4U album came about after renowned French DJ / Producer, Bob Sinclar, got his hands on the remix parts of Duane’s classic 1999 hit single ‘What You Need’. This single was not originally intended to appear on the album, however, upon hearing the remix, Duane instantly decided it had to be on the final record.

Duane explains, “They say ‘an artist’s work is never done’ and that’s certainly the case with me. The moment Bob Sinclar told me he wanted to remix ‘What You Need’, I stopped the promotion of the album.  I knew his remix would be just as much of a treat for our fans as it is for me and I wanted to make sure it got included on the album.  Now that Sinclar’s remix has been added as a bonus track, #NB4U is now complete. My ‘work is done’ and I’m very happy how it has turned out.  I hope the album inspires people and takes them on a journey listening to the music, the lyrics and getting naked!”

It’s no surprise there’s been a lot of hype from the DJ elite in expectation of this album when you consider Duane ‘Hit Maker’ Harden is responsible for penning some of the biggest crossover dance records of recent years. They include the number 1 hit classic ‘U Don’t Know Me’ with Armand Van Helden, ‘Love Generation’ with Bob Sinclar, ‘Party All Night (Sleep All Day)’ withR&B sensation Sean Kingston, and recent club classics ‘Live Your Life’ and ‘Stronger’ with Erick Morillo. After over 10 years of co-writing, Duane now steps into the spotlight to his unveil his solo album.

Through this album, Duane Harden unveils his soul to the world like never before as he lays Naked Before You with every lyric and emotion. #NB4U (Naked Before You) is now available to pre order at a discounted price of £3.99/$4.99.