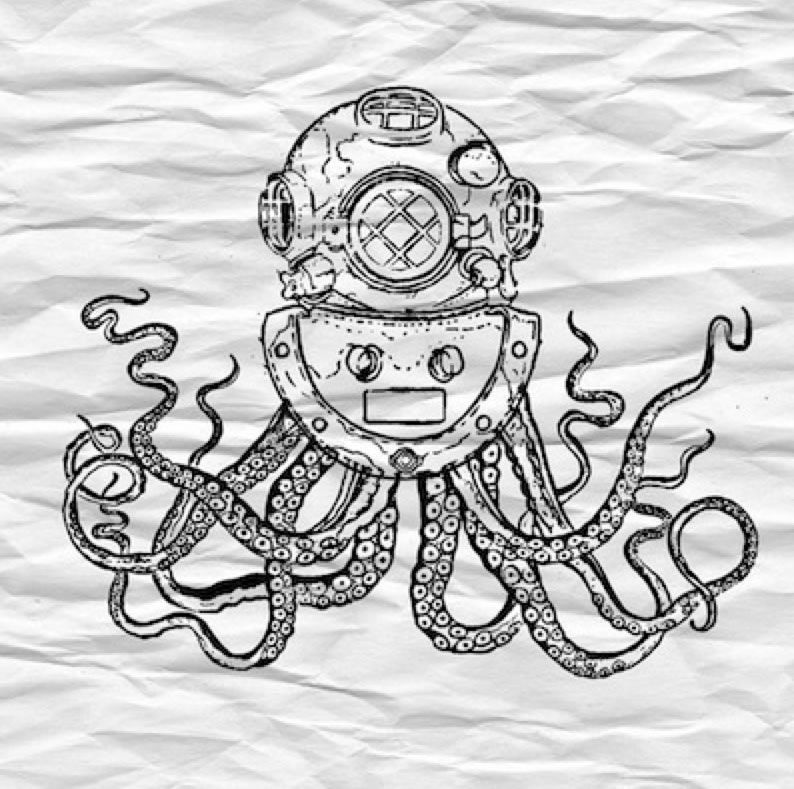 DEEP SHIT is best known as a club night curated by Jack Savidge of Friendly Fires and Edwin Congreave of Foals. Originally started as a place for “deep, intense, party music”, the last 18 months have seen the two resident DJs host the likes of TEED, Andy Blake, Leon Vynehall and Luke Solomon at various London institutions including Plastic People, Ministry of Sound, Bussey Building, and Corsica Studios, finding their parties championed by Guardian Guide and Time Out along the way.

Jack and Edwin also host a monthly DEEP SHIT radio show on Dalston’s increasingly popular community station NTS Live. Recent months have seen a continuation of the DEEP SHIT brand with the development of a new 12” record label. Still in its relative infancy, the label has released the acclaimed ‘Heal’ EP from label founder Congreave, as well as the debut release from South London’s Kiwi – a name currently on many tastemakers’ lips. Support for the releases has come from DJs including Andrew Weatherall, Ewan Pearson, Erol Alkan, and Heidi, as well as several key print and online publications and Radio 1 specialists.

The burgeoning London label now continues its fine run of early releases with a standout EP from exciting newcomers Dubinsky.

Dubinsky comprise of duo Chris Woodward of Buzzin’ Fly fame and hotly-tipped Lithuanian talent Linas Fresh Tee. The budding pair have already had initial success by releasing on well-respected Swiss label Drumpoet Community with the ‘Mind EP’, and on the ‘Woman EP’ they once again demonstrate their considerable production talents.

Set for release on 2nd December the four track ‘Woman EP’ is musically rich and strikingly varied, and features two fantastic remixes, one from up-coming Russian Dimitri Veimar and one from the enigmatic Primitive World.

Here is what Jack Savidge had to say about Dubinsky:

“We’ve been fans of Chris’ for years – he has one of the strongest pouts in the game, and used to blow our minds regularly as the resident DJ at Ben Watt’s much-missed Buzzin Fly parties. When he mentioned he’d started a new project with teenage Lithuanian prodigy Linas Fresh Tee, our ears pricked up and we invited the guys down to warm up at one of our Plastic People parties.

They nailed it, and shortly after some very fresh demos hit our inbox. ‘Woman’ shares the same sort of simplicity that made us fall in love with ‘Llama’ by Kiwi (our last release) but with a roughness around the edges that is more akin to a dusty 12″ from the mid 90s than a hyper digital dancefloor cut.

‘Tespress’ is much more digi-leaning – it’s one of those slow-burn, satisfying numbers that is structured perfectly, and climaxes into some beautifully melodic moments. Primitive World – an as yet anonymous friend of ours with a hugely impressive discography behind him – nails a brutal breakbeat-assisted remix on one side, while Russian up-and-comer and someone we will be working with more in the future – Dimitri Veimar – does his impeccable thing on the flipside.”

To mark the release of the ‘Woman EP’, DEEP SHIT are set to hold a free party on November 23rd in an exciting new central London venue called ‘Basement’, situated under the Edition hotel in W1. Over the winter the venue will play host to a number of celebrated nights and label showcases from the likes of Good Years, Hotflush, Young Turks’. The Dubinsky EP launch party will run from 9pm-2am with Jack, Edwin, Dubinsky and a special guest DJ (tbc). Entry will be strictly limited and by guest list only via [email protected]