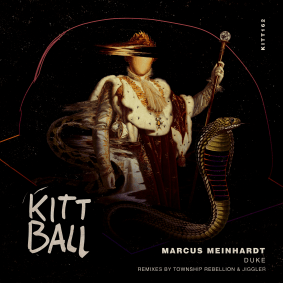 Following a streak of weighty releases from Ante Perry, Veerus, Roumex, Illyus & Barrientos and label founders Tube & Berger, Kittball now invite Marcus Meinhardt to their roster. Originally from Thu?ringen but now based in Berlin, the Heinz Music founder is well known for his releases on Katermukke, Hive Audio and SNOE. With piercing percussion and spectral atmospherics, ‘Duke’ is an ominous number featuring soaring synths and tantalizing melodies. Township Rebellion’s remix then marches forward with a chugging bassline, snappy snares and epic chords until Jiggler concludes the package with a low-slung rendition complete with purring bass, dystopian effects and a compelling groove.