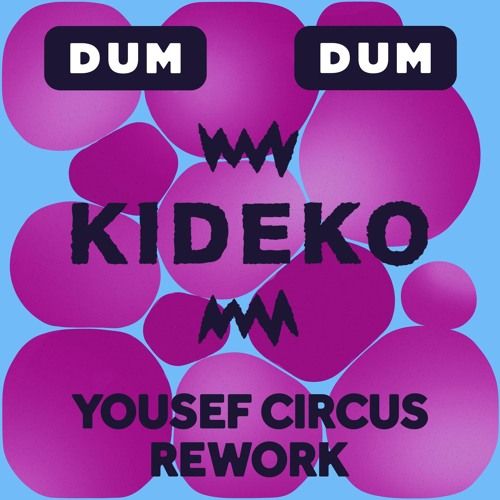 Kideko’s ‘Dum Dum’ sprang forth this summer and quickly became one of the season’s hottest club records. With a vocal version currently being hammered across national radio (Capital FM, Kiss FM, Kiss Fresh, and many more), Kideko has revealed a new remix of his piano-heavy, samba-influenced instrumental from one of the UK’s most consistent and respected electronic music talents, Yousef.

After a wealth of releases this year on Crosstown Rebels, Knee Deep In Sound and the chart topping Circus 15 anniversary compilation, the Circus Records boss lent his tribal drums and bubbling acid line to Kideko’s Latin-inspired ‘Dum Dum’ (Yousef Circus Rework) for Ministry of Sound.

Yousef’s legendary Circus event celebrated a triumphant 15 years of delivering the finest in house & techno to its Liverpool home with international heavyweights Carl Cox, Jamie Jones, Kolsch and rising star Peggy Gou amongst others. With live dates throughout the year across the world and a weekly radio show with 20 million+ monthly global listeners, Yousef’s status as a legend in the game is well cemented.

His second Annie Mac-approved Hottest Record In The World in less than a year, ‘Dum Dum’ taps into Kideko aka Ryan Hurley’s deepest influences: the videos he’d see of Basement Jaxx monkeying around on MTV, the Armand Van Helden records on the radio, and the time his mum took a 12 year old Kideko to Fatboy Slim’s third Big Beach Boutique event – the moment that got him hooked on dance music.

‘Dum Dum’ is Kideko’s second single for Ministry of Sound feat Tinie Tempah and the sultry vocals of Becky G who were added to the record after Yousef delivered his re-work. This follows last year’s ‘Crank It’, his collaboration with George Kwali that went on to feature Nadia Rose and Sweetie Irie and became a UK chart and streaming hit (over 17 million streams and counting), and became the soundtrack to a Lucozade ad. The single was hammered by Annie Mac, Pete Tong, Danny Howard, MistaJam, Dance Anthems, and Toddla T at Radio 1, plus Kiss, Kiss Fresh, Capital, Capital Xtra, Fatboy Slim, Gorgon City, David Guetta, and many more.

Since ‘Crank It’, Kideko has released collaborations with Friend Within (‘Burning Up’ on Rinse and Apres (‘Get The Funk’ on Subsoul). He’s also remixed the likes ofSub Focus, The Magician, Snakehips, Imany, John Newman and Off Bloom. Gig highlights include playing for Radio 1 live in Ibiza, We Are Fstvl, Wild Life, Loveboxx, Tramlines, Creamfields, In Motion, and Reading/Leeds, plus Cream Amnesia with Danny Howard and Fatboy Slim (Fatboy Slim also performed forKideko and George Kwali at one of their Secret Special Guest parties in Brighton). Forthcoming shows include Warehouse Project with Tchami, Bass Jam NYE, FF17 alongside DJ EZ.