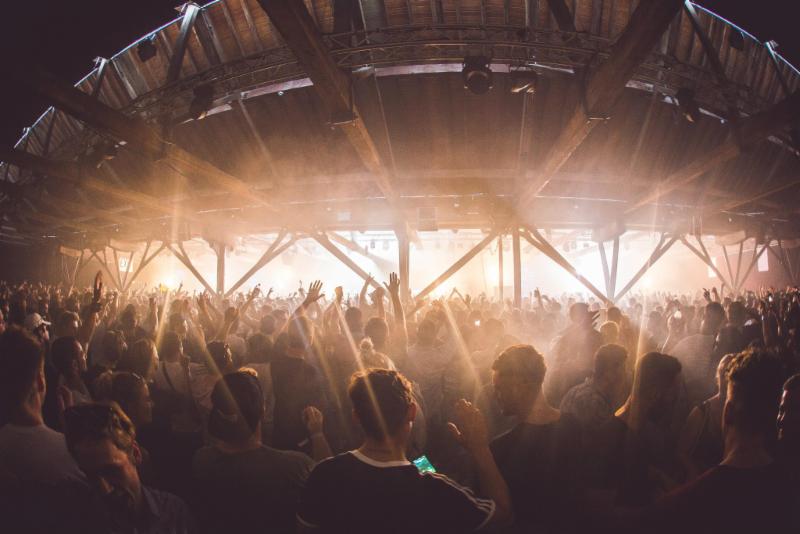 Annie Mac is excited to reveal the new line-up additions that will be joining the likes of Eats Everything, Basement Jaxx, Kölsch, Logan Sama, Melé, Nadia Rose, Paul Woolford, Slimzee, Todd Edwards and many more at the London leg of the personally curated AMP All Day Raves events.

Amongst the new names joining Annie on the 1st October, Dusky will bring one of their formidable live shows to Tobacco Dock for the very first time, plus Patrick Topping ticks another box for the house heads. Rinse FM's Josey Rebelle brings with her a credible arsenal of bass driven rhythms, seamlessly moving between disco, house, techno and back again. The murky sounds of Avelino will bring a dark grime tip, with an unrivalled flow and a natural ability to spit bars; his lyricism means he's a name on a lot of lips at the moment.

Having been born out of the fruitful aftermath of the dubstep era, Dusky were part of the house renaissance in the UK, emerging with a wonky sounding deep house sound. Fast forward to 2016 and the duo have put out 2 solid albums, with a ravey hallmark now sticking out in all of their productions. Dancefloor focused these guys never disappoint and with so many instantly recognisable tracks, their live sets allow them to be heard like never before. Listen to their RA exchange to find out about the sparks that got these guys going, and the cogs that continue to drive them forward.

2015 was the year Patrick Topping cemented his status as one of the most in demand names in dance music, securing his 5th Beatport Tech-House number 1, tirelessly touring the world's biggest festivals, from Creamfeilds in South America to Stereosonic in Australia, to the main stage at Movement in Detroit, whilst completing his second summer as resident at DC10 in Ibiza for Paradise. Back to back sets with Pete Tong, Eats Everything, Jamie Jones, Green Velvet and Skream show how highly regarded a DJ he has become. He suits the mood of Tobacco Dock perfectly and welcome him to the party with dancing feet!

Avelino  aka 'Young Fire' is a rapper from North London. His unique tone and wordplay won't go unnoticed at Tobacco Dock.  He's championed as "the future" by the likes of Wretch 32, Labrinth, Stormzy and Tinie Tempah, whom have all spoken highly of the 22 year old; supporting Stormy on his first UK tour in 2015. After years of development in UK raps underground scene he released his mixtape 'Iconic Ambition', which DJ Semtex featured in his top 5 mixtapes list above Rich Gang, Yungen and Loyle Carner projects at the time. Avelino brings innate lyricism, unique vocal tones and intricate production to create an incredibly fresh and original sound.

Josey Rebelle likes to keep things simple: heavyweight selection first and foremost. Coupled with the skills to blend it all together, seamlessly joining the dots between house, techno, disco and more, it's a formula that has seen her gain a solid reputation both in her native London and across the world.

"Welcome to the next endeavour for AMP – taking our experience of Lost and Found festival in Malta and creating mini- festival experiences in three of our favourite party cities – London, Leeds and Birmingham. Each party will have multiple rooms providing contrasting music both from live artists and DJs. In typical AMP fashion the line ups are musically diverse with legends and brand new artists sitting side by side. Get ready to experience new and brilliant music and to dance to your favourite classics, and best of all the parties start at lunchtime! Looking forward to seeing you all for some serious day raving" Annie Mac xx

GENERAL TICKETS ARE ON SALE NOW VIA bit.ly/AMP_LDN_TT