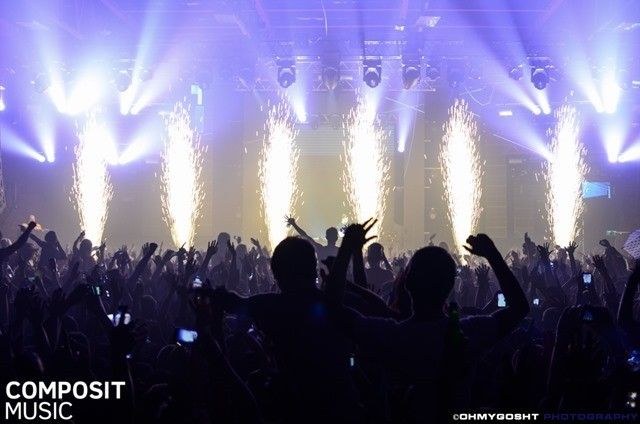 Chart-topping, dance music superstars, DVBBS are landing in the UK on 27 June for a rare date, at Victoria Warehouse, Manchester. Clubbers will get the chance to enjoy a trademark, high energy performance from the young Canadian brothers, as they show exactly why they have become a global, dance music phenomenon in just 2 short years. Alongside DVBBS is a huge DJ lineup of big room stars, ready to tear it up, from 9pm to 5am, including, Deniz Koyu, D.O.D, Stadium X, Jay Cosmic + a special guest TBA. DVBBS are ready to take the roof off Victoria Warehouse, in this much anticipated, one-off event. Pre-sale tickets cost £20 + BF, general sale £25 + BF (available from 10am on 17 April).

DVBBS a.k.a. brothers Chris and Alex Andre, crashed onto the scene in mid 2013 with their instant club hit ‘Tsunami’. Released on Sander van Doorn’s highly respected label, DOORN Records, it was then picked up by Ministry of Sound, who took the vocal version, featuring Tinie Tempah, straight to no.1 in the Offical UK Charts! Since then, the rollercoaster hasn’t stopped as DVBBS hit 5 no.1’s in Beatport’s Main Charts and scored platinum hits in over 10 countries! They’ve taken their ‘Never Stop The F*cking Rave’ Tour around the world and rocked it at festivals including, Tomorrowland, EDC – Las Vegas and Ultra Music Festival. They rounded off a giant 2014 by landing at no.20 in the DJ Mag Top 100, before setting their sights even higher for 2015. Ravers at Victoria Warehouse are officially invited to join the DVBBS ‘woozygang’ for a show they won’t forget!

Stepping up in support is German star DJ/Producer, Deniz Koyu, ready to drop some of the massive tracks that have seen him signed to such labels as Spinnin’, Protocol, Axtone and Refune, as well as DJ at every major dance festival around the world. Manchester’s own, D.O.D will get a big welcome at Victoria Warehouse as he shows off his ‘Jump-Up Electro House’ style, demonstrating why he’s been championed by none other than Laidback Luke. Also on the lineup is Stadium X, the DJ/producer duo known for massive tracks like ‘Howl At The Moon’ and firm Protocol Recordings favourites. Another Manchester fave, Jay Cosmic steps up to deliver his unique blend of raw energy and euphoria, guaranteed to get the crowds jumping.

With a further special guest to be announced, 27 June at Victoria Warehouse is set to be an amazing clubbing experience –  ravers get ready!