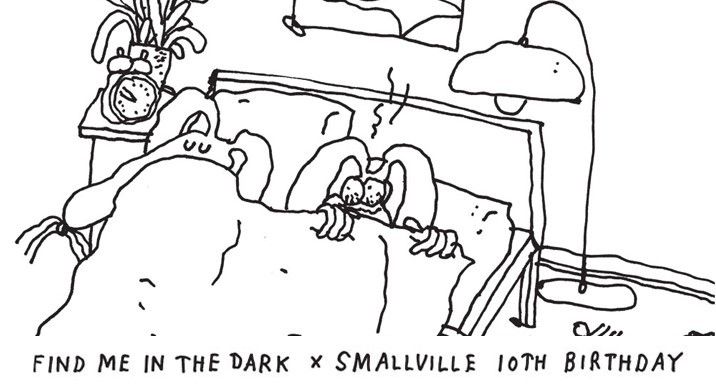 Move D, Lawrence, Moomin & Smallpeople all playing a special Smallville 10th Birthday on Sunday 3rd May at Corsica Studios!
Find Me In The Dark close out our first May Bank Holiday weekend with a very special Smallville 10th Birthday party. Move D, Lawrence, Moomin and Smallpeople (Julius Steinhoff & Dionne) will all be playing on the night on Sunday 3rd May at Corsica Studios and going til the early hours.

Move D needs little introduction to those in the know. A master DJ, selector and all-round emanator of good vibes, he’ll be taking us on a three-hour journey into the outer-realms and beyond.

Lawrence headlined last years’ showcase and proved to be a reverent and powerful mixer, as likely to play Daft Punk’s ‘Revolution 909’ as he is the newest stripped-back white labels.

The surprisingly soulful skills of Moomin will be back for more action this year. His pumping Jersey selection defying his smooth, tender productions. This is pure party action for those who want it!

Smallville founders Julius Steinhoff and Just von Ahlefeld aka Smallpeople will be going in with an extended set off the back of an incredible few years of releases. Proper party DJs swinging between house, disco and back again.

Full family in effect plus Find Me In The Dark head and Lobster Theremin label boss Asquith taking the reins for the usual resident set.