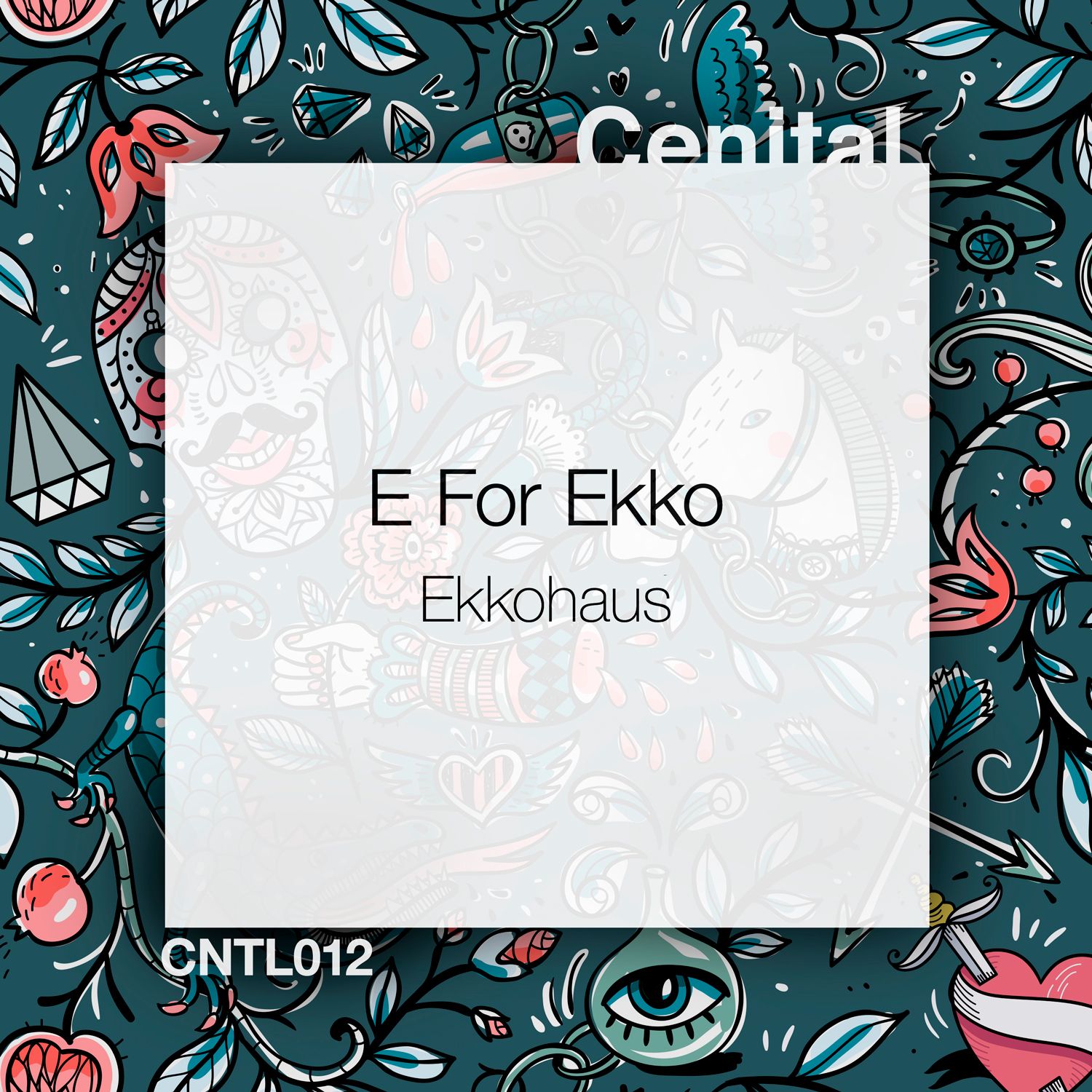 Ekkohaus delivers yet again on the 'E For Ekko' EP. The four tracks are his first to ever be released on the young Spanish label, Cenital Music. The release perfectly captures Ekkohaus' constant search for new and innovative sounds. An aptly titled release, the release is filled with the echoes and memories of different sounds.

'Dub Accent' opens up the EP with some dubbed out techno. The dissolving, reverbed chords ricochet back and forth through your mind, pulling you down into the music. 'Dub Accent' has all the markings of a Berlin classic, heavily influenced the Ekkohaus' surroundings. The track sets the scene around which the whole EP unfolds.

Next up is 'Going Nowhere', a slowly building with slowly pitch-shifting hi hats and a wonderfully slippery bass. Synths slowly join in from far away and remain at a distance, casting an ethereal shadow over the track as they fade in and out.

The third track, 'Knight Out', changes things up a bit with the solid, driving house beat. There's an array of sounds built on top of it, from a short dissolving synth to more dreamy synths. Impossible to move to, 'Knight Out' is filled with an infectious rhythm topped, like the rest of the EP, with a constantly shifting palette of music.

Closing off the EP is the delightful 'Mataro'. Welcoming us in with subdued rhythms, we are soon joined by bright, shifting synths. Once again, the track is filled layers that come in and out throughout the track, constantly catching you off guard with it's seemingly endless themes and variations. Brilliantly closing off a brilliant release, 'Mataro' captures the release and Ekkohaus are all about: music not only with depth but with definite groove too.