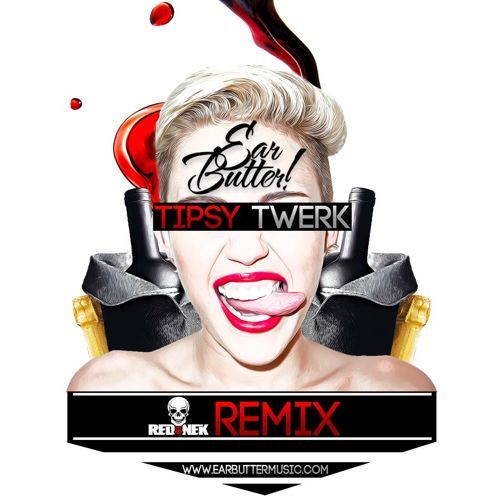 EARBUTTER, he broke the Beatport Top 10 with his first release. Then dropped the viral GTA-in-real-life video ‘Hustlas and Customers’ with 6blocc. Setting a high standard for himself, he went back to the studio to create TIPSY TWERK, instantly being featured EDM.COM Next to the original mix, the release features a hefty REDNEK REMIX.

He now released a brand new video for the track which already received more than 10,000 views. Watch it here:


The secretive EDM artist is one of the most passionate people in the scene and not afraid to call anyone out. Such as acts he feels are just in it for the money. In a recent interview with the South Florida Insider, he said:

“You see dudes like Cakedup stealing people’s music and saying it’s theirs, punching dudes like Crizzly in the face and still selling out shows and getting booked. It’s pretty crazy to me. You’d think people would catch onto the fact that they aren’t able to produce original content that’s hot, they aren’t talented DJs or tablist so really what are they? A GIMMICK.

I performed with Luminox a few months back at Iris in Atlanta and everybody looked at me like I was an alien life form when we walked in with the turntables. Still, when I did my thing that night, I had so many people compliment me on the tablist routines, the set and the skill knowing my set rides on needles and not on a digital format. For me, I came up listening to master guitarist playing guitar as a kid that evolved into tablism and I don’t do it to stand out, I do it because it’s an art form that I practice daily and I like to showcase it and do what I can to keep it alive. Some appreciate it, some clown on it, but I don’t care what people think, I just do what I love”

With national television exposure, 5 world wide tours, and a number of stateside journey’s, Earbutter is a spin off from a well known EDM and hip hop artist who has focused on his signature style flavor of EDM under a new alias.

Upcoming projects include “Got that dope” dropping in February with HPTNK – one of Atlanta’s top trap producers. T’he ‘Traphouse EP’ is still in the making – an epic house and trap EP with a male vocalist. ‘Bottles Up’ which is Earbutter’s fiercest trap track will drop in March 2015.