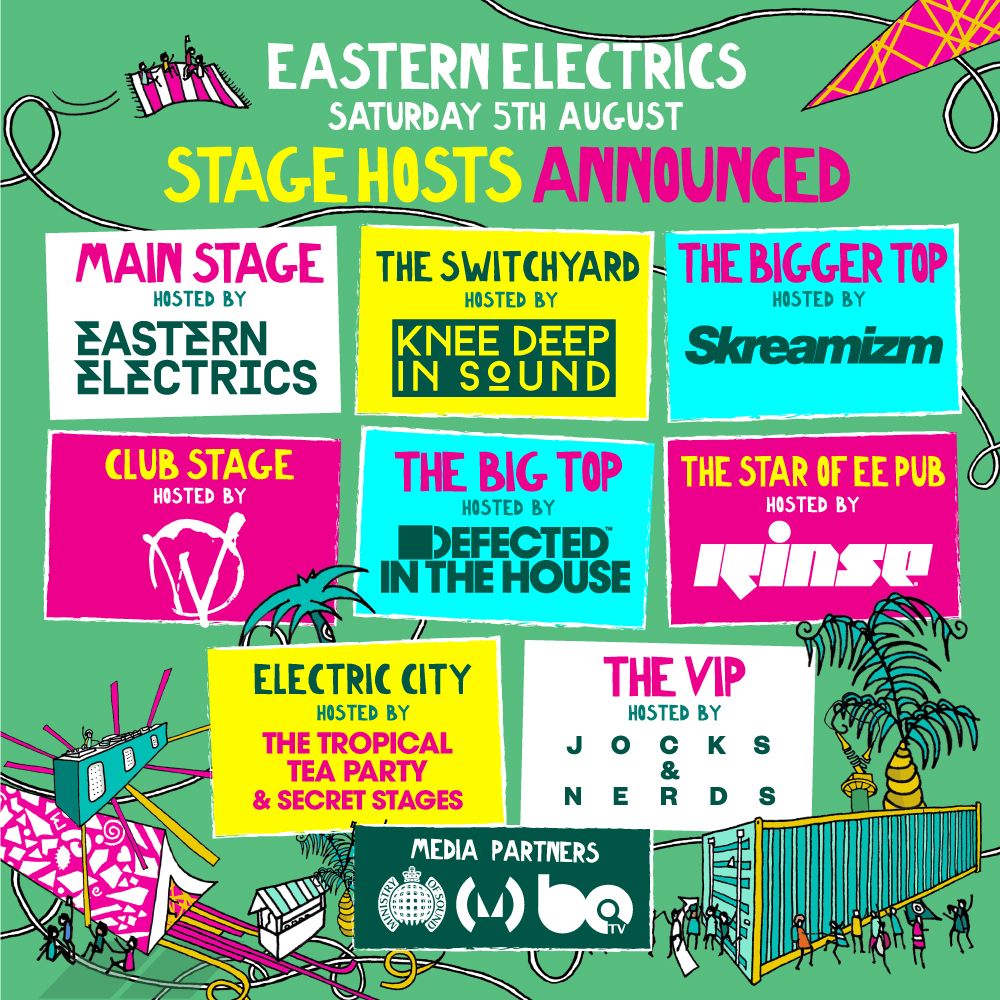 With summer edging closer and the sun starting to bless the skies, it can only mean one thing; it's nearly festival season! And if you're a dedicated house and techno head, Eastern Electrics Festival should be number one on your list.

Expect the finest sounds across house, techno, disco, garage, bass and more for this summer outing, plus lots of on-site fun and games to keep all party people entertained. With early bird tickets long sold out, and second tier available now from just £29.50, it's time to secure a spot at what is set to be a highlight event of the UK Festival calendar. Secure a ticket at a bargain price, here: http://bit.ly/2hVFzVg

The Bigger Top – hosted by Skreamizm

The Club Stage – hosted by Warriors

The Big Top – hosted by Defected

The Star Of EE – hosted by Rinse