Eastern Electrics announce after party at with Fabric 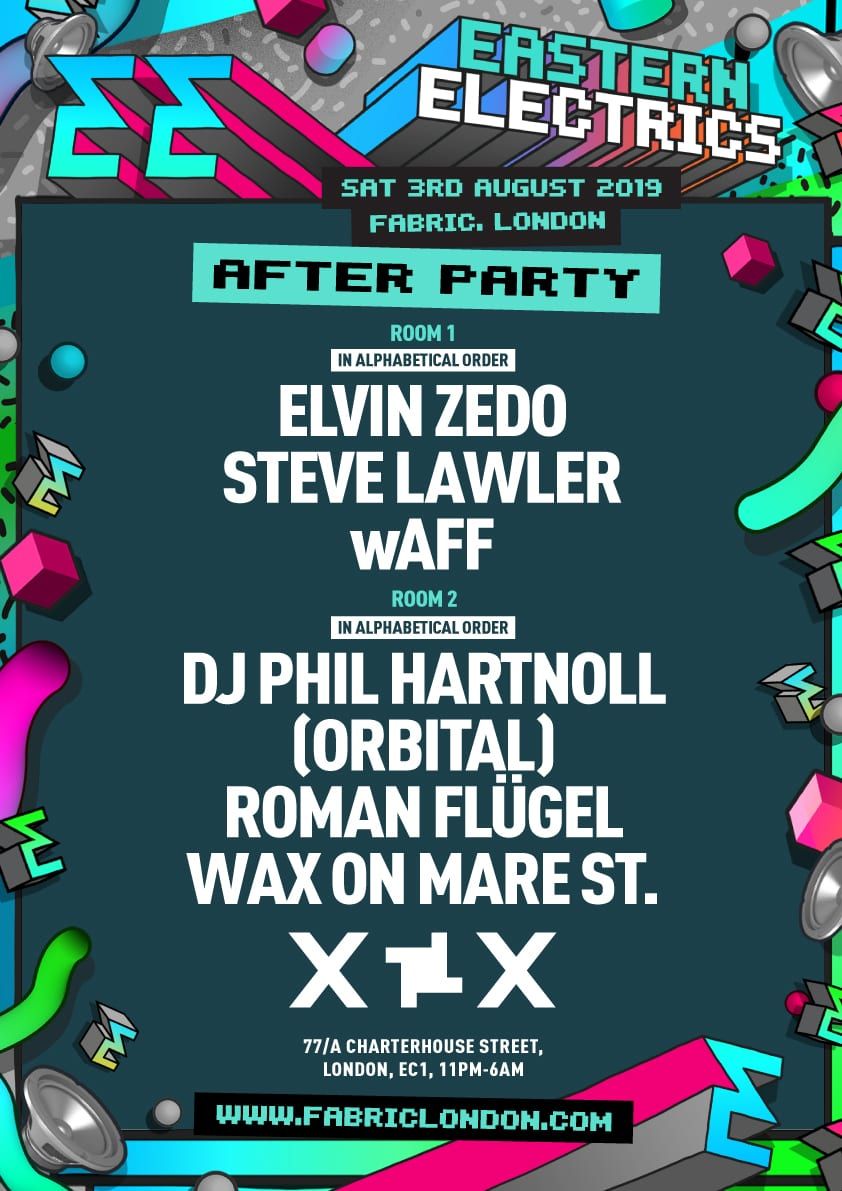 Eastern Electrics announce after party at with Fabric

Eastern Electrics descends on iconic London venue Fabric their 2019 after party. Following on from the all-day festival, the seminal London promoter take over Room 1 and 2 for a night of big vibes and even bigger basslines, inviting the cream of the line-up for a night of vibes programmed specifically for the straight through crew.

Taking the helm in Room 1 is Elvin Zedo, the revived house and techno alias of London’s most influential selector DJ EZ. The legendary garage figure is set to showcase his broader music taste, firmly reconnecting him with his house and techno roots.

Next up, Hot Creations and Paradise star wAFF is set to deliver some serious fire to Room 1. His discography spans a plethora of the scene’s hottest imprints including: Drumcode, Cocoon, Hottrax, and Saura. Channeling tougher yet emotive beats in most recent sets, wAFF continually captivates the dance floor.

Pioneer of the tech-house scene and VIVa MUSiC boss Steve Lawler rounds off the Room 1 bill by digging deep into his collection. ‘The King of the Space’ and 5 time DJ Award winner will be bringing the spirit of Ibiza to Room 1.

DJ Phil Hartnoll, one half of seminal acid house duo Orbital heads up proceedings in Fabric’s iconic Room 2. The brothers named after rave scenes catalyst – the M25, have been big names on the scene since the conception of rave and Phil can be relied on to bring the party from the field to the club.

Following up is German electronic music chameleon Roman Flügel adds further depth to the after-party line-up. The genre-straddling artist showcases a range of sounds in his sets, ranging from house and techno to electro, leftfield and everything in between – making him the perfect choice to keep the crowd on their toes after a hard day’s dancing across the Eastern electrics festival site.

Last but by no means least, Hackney-based trio Wax on Mare St. join the Room 2 bill. After their EE debut in 2017, they have quickly become a staple for the festival, delivering quality sets at the last two events and smashing last year’s after-party – It’s no surprise they will be returning again this year.

Along with this mega after-party, Eastern Electrics also announce this year’s VVIP package for those wanting to party in style. The package includes full access to newly vamped up VVIP section at the festival with a massive £50 worth of drinks tokens to spend across the festival’s eight bars, as well as entrance to the after party. Flagship London Nightclub Ministry of Sound will be hosting the VIP area, with exclusive and intimate sets from some of the best names in house and techno. Think luxury loos, no queues and an array cocktails, for a festival experience without the festival qualms. 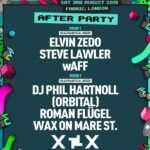