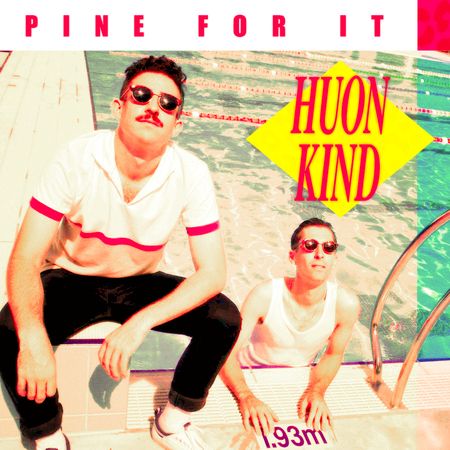 Sydney slow-jammers Huon Kind caused something of a stir with their string of 2015 single releases; 'Stay The Same', 'Feel Like This' and 'Girl Is Mine', leaving many people wondering what they've been up to in 2016; the year of the monkey. Well, today via Tone Deaf, they've announced their debut EP 'Pine For It' will be released on 15th July, and there's a new single 'Easy For You' streaming here for your listening pleasure.

Some of the greatest masterpieces are produced out of turmoil, others are produced over a bottle of Lambrusco, a platonic connection and a beautiful vista. In the case of Huon Kind's debut EP this X course meal knows nothing of turmoil. Its decadent velvety tones subscribe only to the principles of pleasure and leave no man or woman wanting. Tear down your walls, let down your guard, pine for it.

When he's not fronting Huon Kind, you can find Laurence creating disco bootleg versions of chart-toppers such as Duke Dumont's 'Need U (100%)' – listen to it here.

Laurence and Knox are riding the crest of vaporwave but they’re not being washed out by the tide.