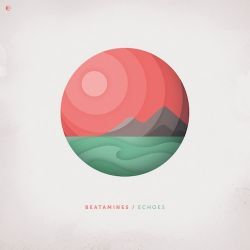 You can’t hold them, you can’t see them, but you can feel every single one… 'Echoes' is the breathtaking new album from the sublimely gifted electronic music artist, Beatamines – a beautifully crafted masterpiece that journeys between chunky, bass-loaded House, intricate cutting edge Techno and smooth, melodic electronica. It's an album made with passion, carefully constructed with an intense study of production skills as Beatamines carefully developed his own style with every new track penned. Also on the album are some incredible collaborations including fellow German maestro's, Einmusik, on 'Meet Your Ears', Fabio Montana on 'Mind Escort' and Robertsøn on 'End Of The Day'.'Echoes' is composed of 10 captivating and unique tracks, not seasonal or bound on any hype, just the purest form of dance-floor music!

Sometimes you are creating a declaration of love – automatically. Germany's Beatamines, aka Pascal Augner, has composed many of those lines through electronic music for extraordinary dancing people with his sublime tracks including  'How Never; or 'Swaggin. His productions and remixes have been released on MBF (Traumschallplatten), Bondage Music, Kittball, Stil vor Talent and on his home-base, David Kenoʼs imprint, Keno Records. But Beatamines does not only work as a solo producer, he also releases tracks with his friend David Jach with much acclaim. This nice guy's gig dairy is nearly full for 2016 as his popularity continues to grow – he's on way to achieving great things as a DJ, live act and producer well beyond Europe's shores with his declarations of love, underlined with fat baselines, pregnant claps and magic melodies. Catch him, if you can… and don't forget to eat your Beatamines!