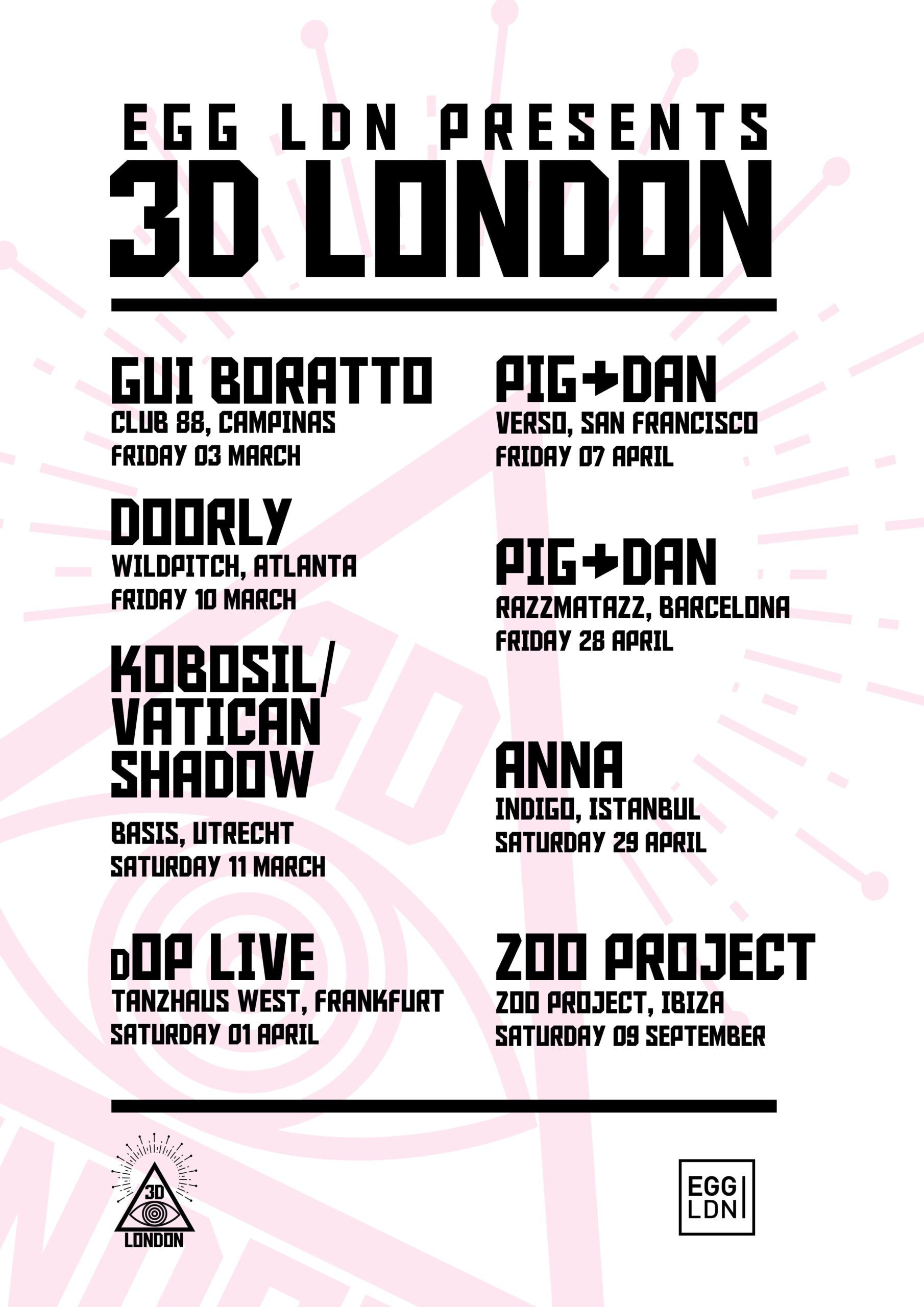 Delivering the diverse energy and sounds of Egg LDN, 3D London sets off on a global tour on March 3rd.

Headliners will be joined on key dates by DJs from Egg's own residents – Ireen Amnes, Kyle E and The Willers Brothers – to ensure a genuine flavour of the music that can be heard at the club week in, week out.

Further dates in May, June and July will be announced very soon.