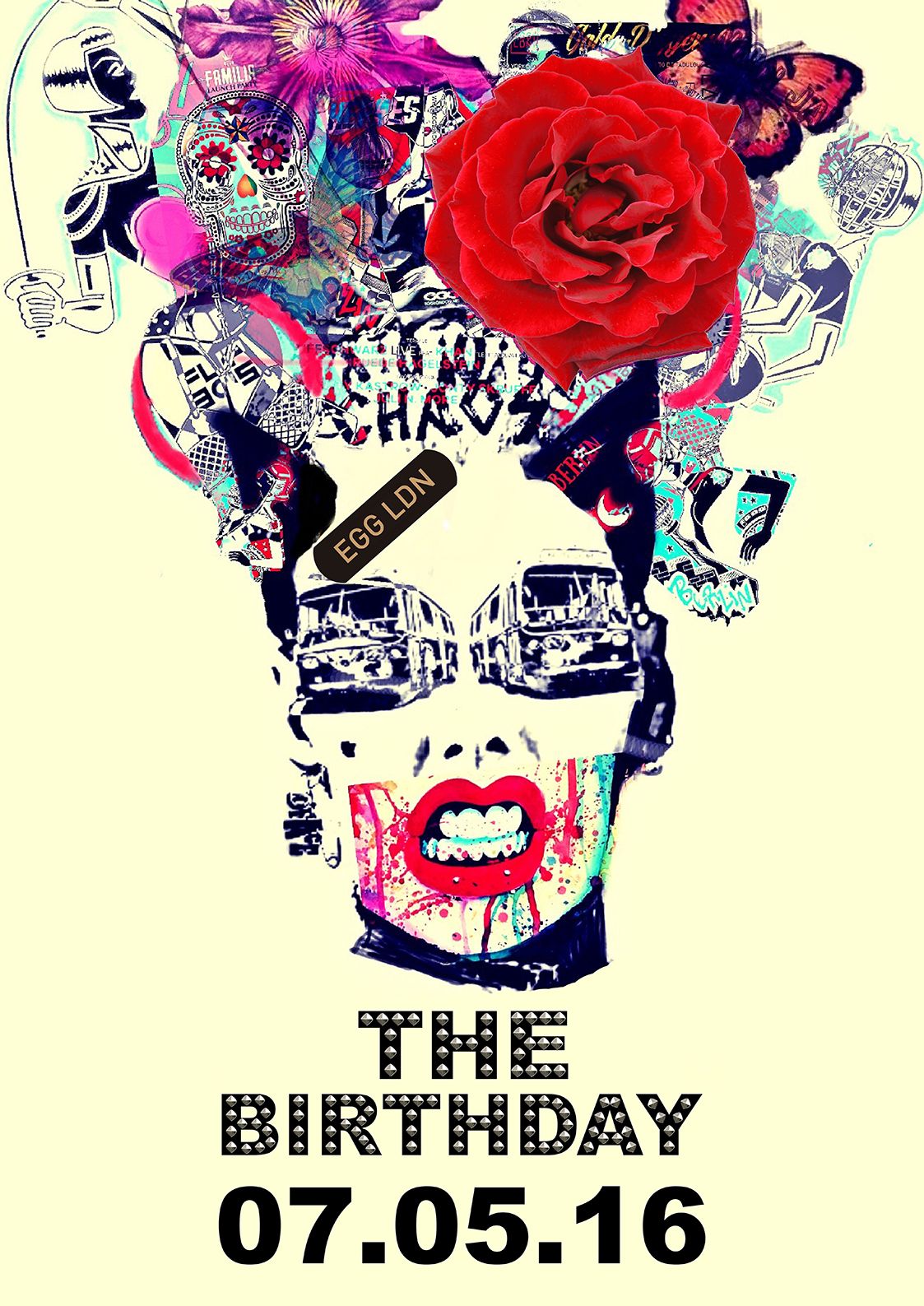 Ever evolving Egg Ldn celebrates its birthday with a familiar cast of guest DJs and club favourites taking this occasion to introduce its latest wave of Spring production. At the forefront of what’s special about the capital’s world-renowned club scene, Egg throws a true underground all night hedonistic party –  it’s all about the right music, right people, right attitude and those with enough stamina can party long past sunrise.

Egg Ldn: The Birthday sees its superb new garden Warehouse style room powered up by Brazilian-born and Barcelona-based top of her game techno DJ Anna, who’s creating success out of everything she turns to whether producing originals for well-respected labels, remixing top-flight acts or moving dance floors the world over with her seductive yet heavy-hitting brand of techno and tech-house. Recent releases on the likes of Tronic, Yoshitoshi, Terminal M plus tech house signature etched on Remixes for Nervo and Gorgon City see this Brazilian whirlwind of grooves whipping up a storm wherever she spins.
Putting the custom-built, bespoke Flipside sound system to the test alongside Anna is her Tronic mentor and leading techno head, Christian Smith plus Amnesia Ibiza’s resident Hector Coutu, who’s about to release his new ‘Parental Advisory’ set on his Roush Label. Rounding this room off is forward thinking producer and immersive DJ Mark Jenkyns who’s released on Hot Creations and Hot Waves.

With harder techno stylings on the Terrace fuelled by UK producers Gary Beck, who’s released on Drumcode, Cocoon and Saved as well as his own BEK Audio imprint and Harvey McKay, whose distinctive style that’s synonymous with driving, soulful techno has seen him notch up 3 Beatport Techno No.1’s to date, and 9 top 10 releases as well as spinning at Intec's Sonar party and playing the Elrow Stage at the 18hrs Festival. Joined by the legendary Swedish techno  innovator Cari Lekebusch, whose prolific releases include labels such as Drumcode, Code Red, Truesoul, Jericho, Novamute, Soma, Primevil, Masters of Disaster, Fine Audio Recording and Harthouse and Mexico’s Luis Flores channeling a rich spectrum of dark and trippy dance floor textures which he improvises in every set.

Ibiza’s Space Terrace and legendary Trade club resident Smokin Jo fires up the house and disco sounds in The Loft alongside Italy’s Discodromo who regularly play at Berlin’s Panorama Bar with their CockTail d’Amore parties as well as releasing productions and remixes on a variety of other labels like BPitch Control, Dissident and their own CockTail d’Amore Music. Their debut “Cosmorama” came out on Internasjonal, the label owned by Prins Thomas, who also provided a Remix which was later included on Optimo’s lauded Fabric52 mix CD. Lastly ones to watch on the disco tip, the Feelings DJs including the Menendez Brothers bring their A party game.

With his debut release ‘Illusion’ already signed to John Digweed’s ‘Live On South Beach’ compilation after appearing on the Familia Records label, Egg resident Kyle E is joined by the Willers Brothers as they welcome newcomer Ireen Maggs to the ranks of resident, after smashing her recent Under My Feet party at the club.

Egg Ldn: The Birthday – it’s all about the right music, right people, right attitude and those with enough stamina can party long past sunrise