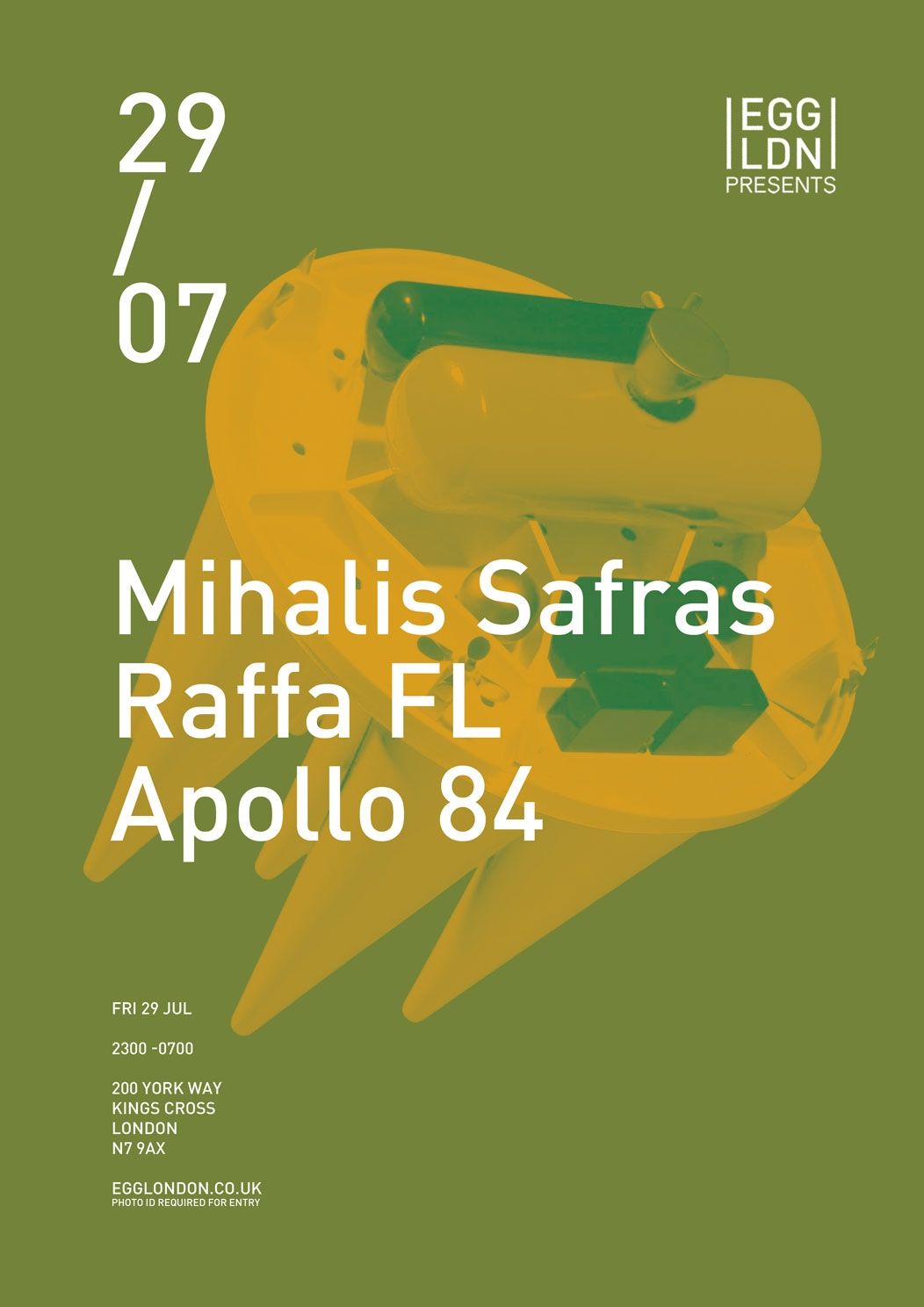 Having coined the hashtag ‪#‎nosafrasnoparty‬, Mihalis Safras isn't shy about proclaiming his floor moving mastery. He's been releasing quality tech-house for over a decade now – making him one of RA's most charted artists ever – during which time he's also run his own label Material Series, home to the likes of Mark Broom, Italoboyz and The Glitz. His latest release, a collab with Gene Farris, has just dropped on Green Velvet's Relief Records adding to a catalogue of celebrated EPs for the likes of Trapez, Great Stuff and Soma.

Raffa FL has music in his blood, thanks to a filthy habit of mainlining house. Having wracked up hits with Avotre, Lost Records, Roush, Definition:Music, OFF Recordings and Material to name just a few, earning him props from Sidney Charles to Eats Everything, his latest for Criminal Hype, 'How We Do', mixes hands-up hip hop vocals with a rough cut bassline.

They're joined by the latest signing to Material, Apollo 84. Shot into orbit last year thanks to releases on Kerri Chandler's Madtech and Cuartero's Sanity imprint, his popularity was confirmed when he finished as one of Traxsource's Top 20 tech-house artists.