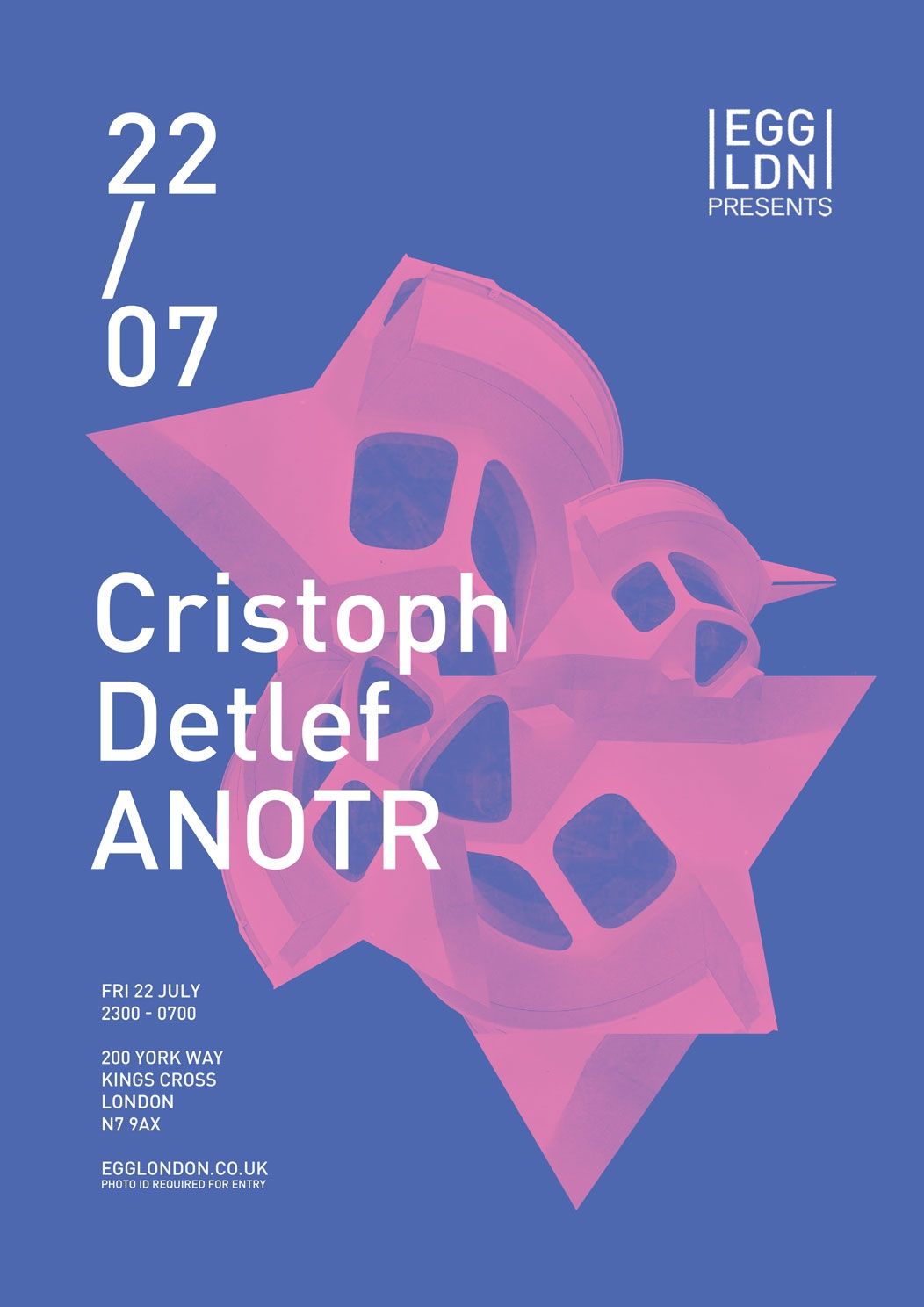 Young Geordie Cristoph has fast become one of the UK's most in-demand producers, firing out accomplished releases for labels including Noir, Suara, Knee Deep in Sound and VIVa. Fusing classic house sounds with modern techy influences, he's the master of both bubbling bassline grooves and hypnotic topline melodies.

Another man of the moment, Greece's Detlef has similarly impressive pedigree with Hot Creations, Repopulate Mars, Moon Harbour and Edible Beats amongst the notches on his studio bedpost. It's earned him a nomination for best newcomer at the 2016 DJ Awards in Ibiza, an island that he'll be a regular on this summer.

Amsterdam duo ANOTR broke out last year with the '90s house stylings of their ‘Strobe’ EP on Defected sub-label DFTD and haven't looked back since. Playing this year's Sonar alongside Riva Starr, whose Snatch imprint released their equally impressive 'Want My Love' EP, the pair's energetic sound is gaining constant momentum in the run up to their Egg appearance.