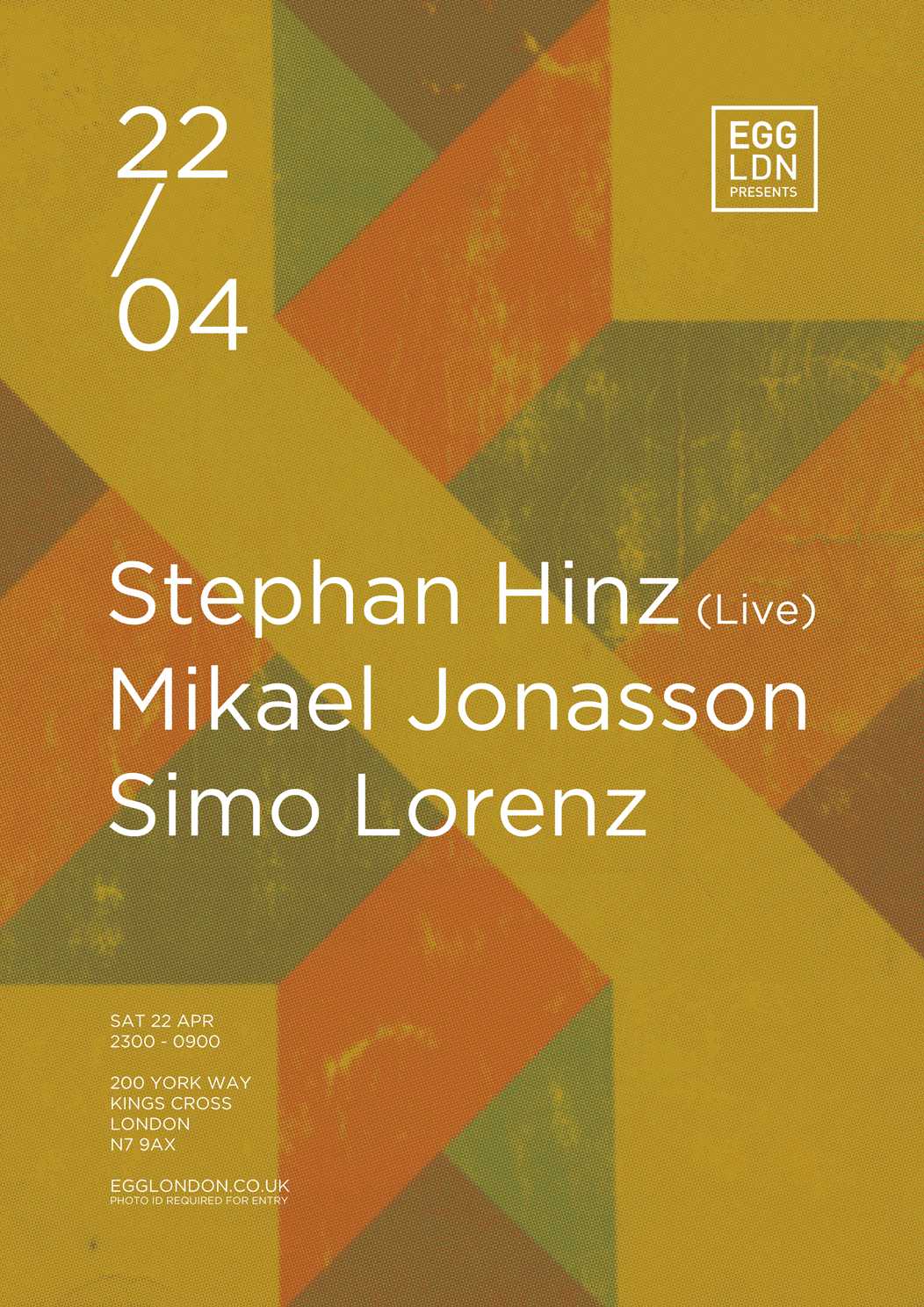 After exploding onto the scene with ‘Doch’, arguably one of the best techno slammers of 2014, on Pan-Pot’s Second State imprint, Stephan Hinz’s career has been on a stratospheric rise.
2016 was even more successful with debut EPs on seminal labels such as Nicole Moudaber’s MOOD and Carl Cox’s Intec along with the techno stomper ‘Venom’ on Second State.
A key player on the International club scene known for his explosive Live sets that leave sweaty ravers in packed clubs wondering what the hell just happened, Stephan’s A List gigs include the Awakenings Festival, HYTE, Gashouder (Ams), Amnesia (Ibiza), Watergate and Baum (Colombia). Hinz continues to break new ground as a unique and powerful musical storyteller and tonight’s debut Live show is hotly anticipated.

Joined by long serving Stockholm-based DJ and producer, Mikael Jonasson, who continues to push the boundaries of modern club music with his blend of well crafted and rather rare techno productions. With recent releases on labels like Drumcode, Figure, Octopus Recordings and Phobiq, Mikael has earned the support and attention from the key players all around the globe. A favourite of Berlin’s legendary Berghain club, Mikael has shared stage with talented colleagues such as Adam Beyer, Len Faki and Joseph Capriati.

Stuttgart’s Lehmann club techno maestro, Simo Lorenz completes the line up playing a hypnotic, deep and driving passionate extended hybrid live/DJ-Set, deconstructing and reassembling sounds the way he needs to until it all sounds perfect. His hotly anticipated ’Space EP’ has just been released and he’s proved his worth as a prolific producer of original tracks and remixes appearing on labels such as Wall Music, Nachtstrom Schallplatten, Drowne Records and Illegal Alien.  A weighty member of the international Techno scene he’s toured select clubs around the world (Barcelona, London, Mexico City, Berlin, Stockholm, Vienna, Amsterdam, Paris and many more) as well as being a regular at festivals like SEMF, Amsterdam Dance Event, Rave on Snow or Nature One. His residencies include Lehmann Club in Stuttgart, Germany as well as legendary Bar Americas in Guadalajara, Mexico.