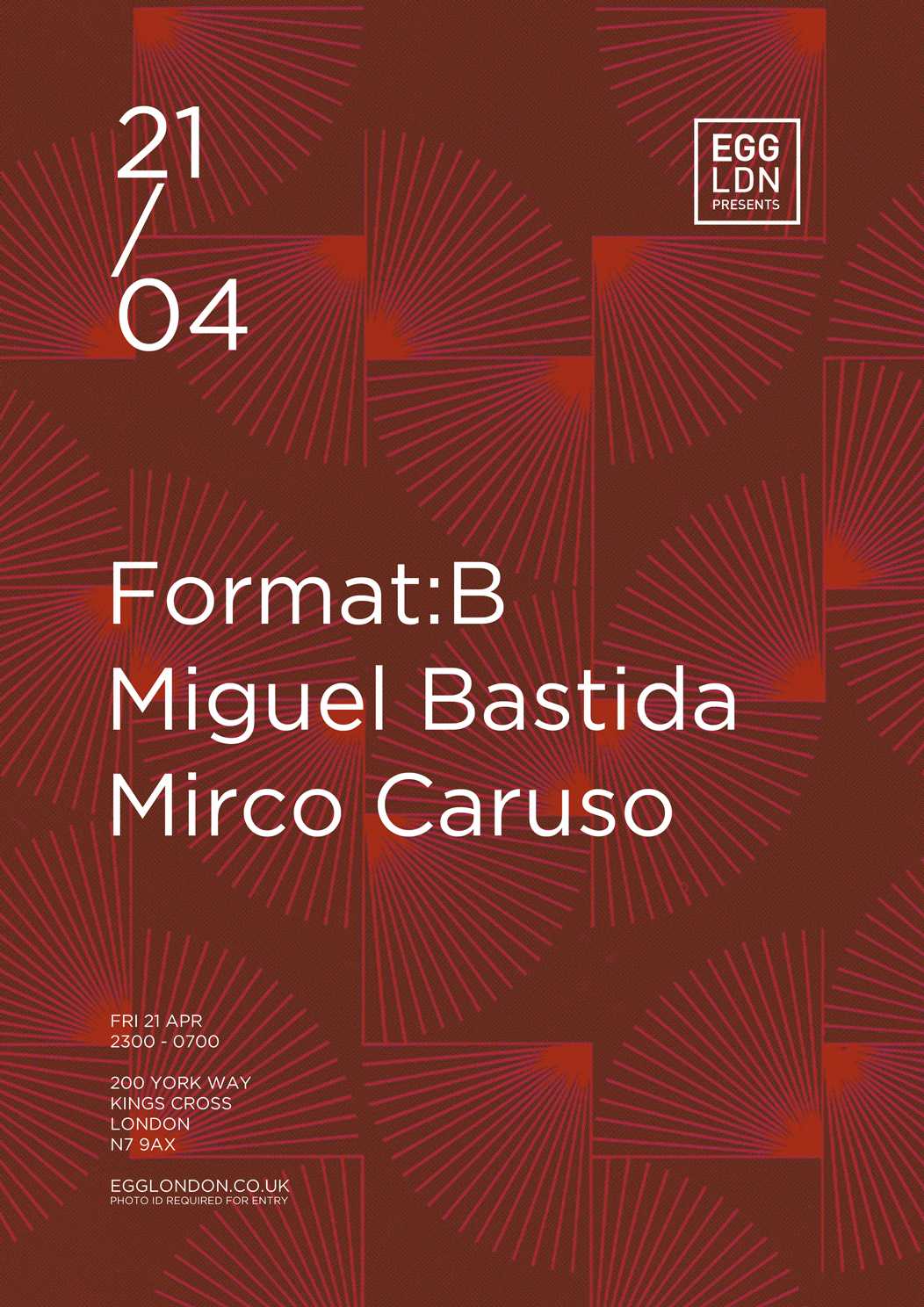 One of the leading electronic acts in the world right now and hailed for their Watergate Club home base, Format:B have been amazing crowds with their trademark MotorFunk-style for the last 10 years.

Format:B’s signature sound has evolved through a steady string of releases kicking off with their break through track ‘Vivian Wheeler’ and then ’Edding 500’ from their debut album, ‘Steam Circuit’ further fuelled by their impressive level of consistency via their ongoing releases on their Beatport tipped electronic imprint, Formatik Records. Their unique musical vision can be sampled on their remix of Claptone’s ‘Charmer’ and the recent ‘Hotch Kick’ release by Alec "The Master" Troniq on Formatik, and catch one of the most successful electronic duos of today who still have a lot more in store on Friday 21st.

Spain’s Miguel Bastida’s career took off with the release of ‘Moudness in 2015, topping the Beatport chart for months, with his recent releases ‘Roundex’ and ‘Ecos’ continuing the momentum. Clocking up releases on Umek’s 1605 platform, Sébastien Leger’s Mistakes Music, Mark Knight’s Toolroom, Deeperfect; Trapez, Elrow Music; Marc Marzenit’s Paradigma Music; Dubfire’s Sci-Tec, Coyu’s Suara label and his own Be One Records, fans of his sound include Richie Hawtin, Paco Osuna, Luciano and Dubfire. In between productions, Miguel can be found touring the world on the line-ups of the best clubs and festivals, tearing up the most demanding dance floors around.

Debuting with his “La Llorona” EP in 2014 it was the breakthrough “Siren EP” championed by Catz n Dogz at Mexico’s BPM Festival 2015 that propelled Italian DJ & producer, Mirco Caruso into the spotlight. Continuing in this rich vein, his recent ‘Freeze’, ‘Womaniser’ and ‘Wiggida Wack EP’ releases continue to rock the house.

With a residency at Switzerland’s leading electronic music club, Lucerne’s ROK club, Mirco is in demand in international circles having clocked up sets at the Arosa Electronica, Gurten Festival and Zurich’s renowned Hive club. When he’s not behind the decks, you can find Mirco in the studio honing fresh material for his own imprint 2Drop Records and leading labels like Gruuv, Hive Audio, 303Lovers, Stereo Production, Habla Music and Go Deeva Records.