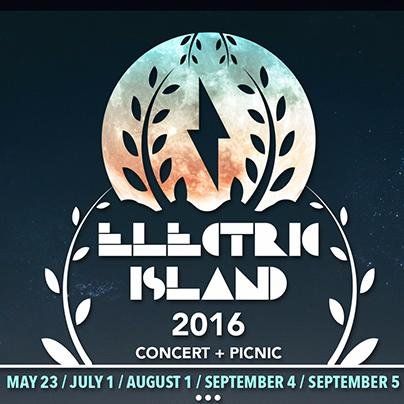 The most anticipated underground concert + picnic series is back in its fourth season, and about to drop a heavy line up for music lovers in the true North. Electric Island has put itself on the map, bringing in top international artists each summer, setting the tone for what has become a picnic utopia within the dance music scene. This year, we'll also see a two day Electric Island event on Labour Day Weekend, for the very first time.

The curated line up for the 2016 season is announced, so brace yourself! In alphabetical order we are excited to present Âme, as one half of the duo Frank Wiedemann offers a glimpse of the future of electronic music with a live set. French trio sensation Apollonia will grace us with their unique blend of energetic house & techno. The hilariously outgoing, German super-house duo andhim will make their Electric Island debut. Techno titans hold on tight, you'll be receiving a serious dosage of Berghain techno when Ben Klock and Marcel Dettmann join us for a special b2b. Our favourite Northern Irishmen, Bicep will flex their musical expertise, while South Africa's inventive Black Coffee brews up his mix of soulful, house.

Innervisions boss and musical genius, Dixon is back to take us on one of his versatile and enduring journeys. Life and Death founder, DJ Tennis will woo Electric Islanders with his deep, melodic sounds, and Dutch sensation Fatima Yamaha will dazzle crowds with his take on quirky electronic pop. Faithful Toronto favourites Green Velvet and Claude VonStroke will perform under their 'Get Real Project', dishing up a blend of authentic old school house and techno. We're ecstatic to welcome Gui Boratto, a true modern-day composer and musical wizard to the stage for his Electric Island debut. We'll also hear from Rumours frontman Guy Gerber and one of progressive techno's leading artists, Guy J. Paradise boss and chief of funk, Jamie Jones will have crowds jacking. Amsterdam's Job Jobse will join us, crafting his signature blend of uplifting, atmospheric house and techno. Dirtybird staple Justin Martin will have crowds getting down to some hip-hop influenced house beats, while dance floor heavy-weight Loco Dice will undoubtedly be an Electric Island favourite. The queen of techno, Nicole Moudaber will set fire to the dance floor with her dark, pummelling basslines, while Toronto's very own Nitin gives us all something to feel proud of. The remarkable Paul Kalkbrenner will take listeners to a place of ecstasy with his live-act set, and the legendary Sven Väth will join us once again to our delight. Last, but certainly not least, we welcome back the incredibly dynamic duo, Tale of Us!