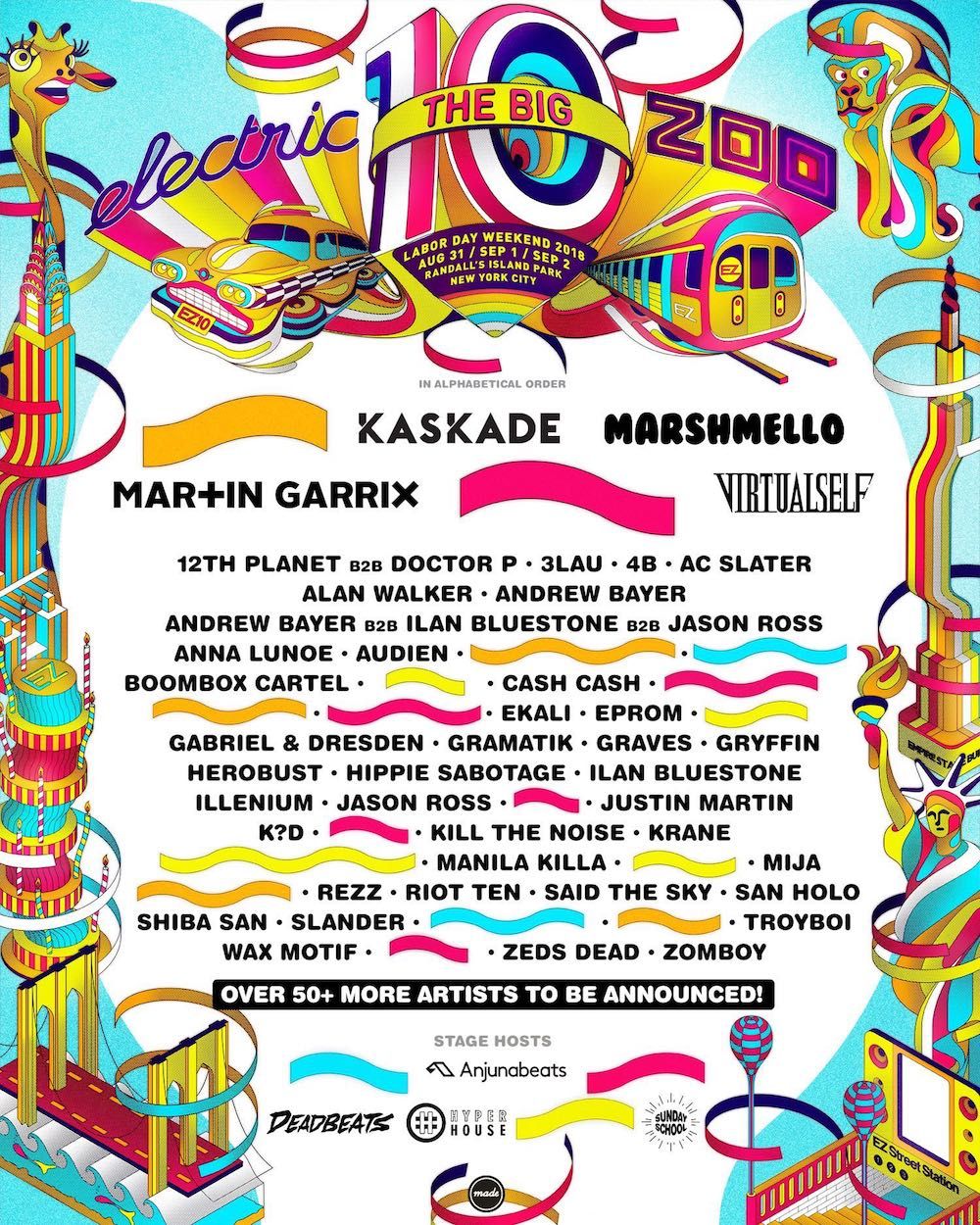 MADE EVENT, producers of the Electric Zoo Festival, has released the phase one line-up of ELECTRIC ZOO: THE BIG 10. For its tenth turn at Randall’s Island Park in New York City– taking place over Labor Day Weekend August 31, September 1 & 2–festival-goers can expect an even bigger star-studded lineup helmed by such juggernauts as Kaskade, who appeared at the first festival in 2009, Billboard Dance 100 #4 artist Marshmello, DJ Mag Top 100 DJ’s #1 artist Martin Garrix, and Porter Robinson’s new live project Virtual Self, the latter three making their EZoo debut this year.

Look for over 50 acts still to be announced, with names that span from titanic headliners to underground favorites and scene champions from all over the dance music landscape. ELECTRIC ZOO: THE BIG 10 will be a blow-out of epic proportions, featuring the world’s finest DJs and most mind-melting production in the heart of the city that never sleeps.

All those moons ago, who would have thought that the weekender that roared to life on NYC’s Randall’s Island in 2009—which featured a fresh-faced deadmau5, a pre-cake Aoki and the late- great Frankie Knuckles—would become a household name in the global dance festival scene? Since then, Electric Zoo has been welcome across the globe with the brand touching down in such far off places as Shanghai, Tokyo, Sao Paulo and Mexico City.

From its earliest expeditions through the chaotic urban jungle, to scaling the feral lands of the Wild Island, and getting our minds blown by the gritty 6th Boro, ELECTRIC ZOO: THE BIG 10 celebrates what a ride it’s been.

For information on ELECTRIC ZOO: THE BIG 10, please visit: www.electriczoo.com