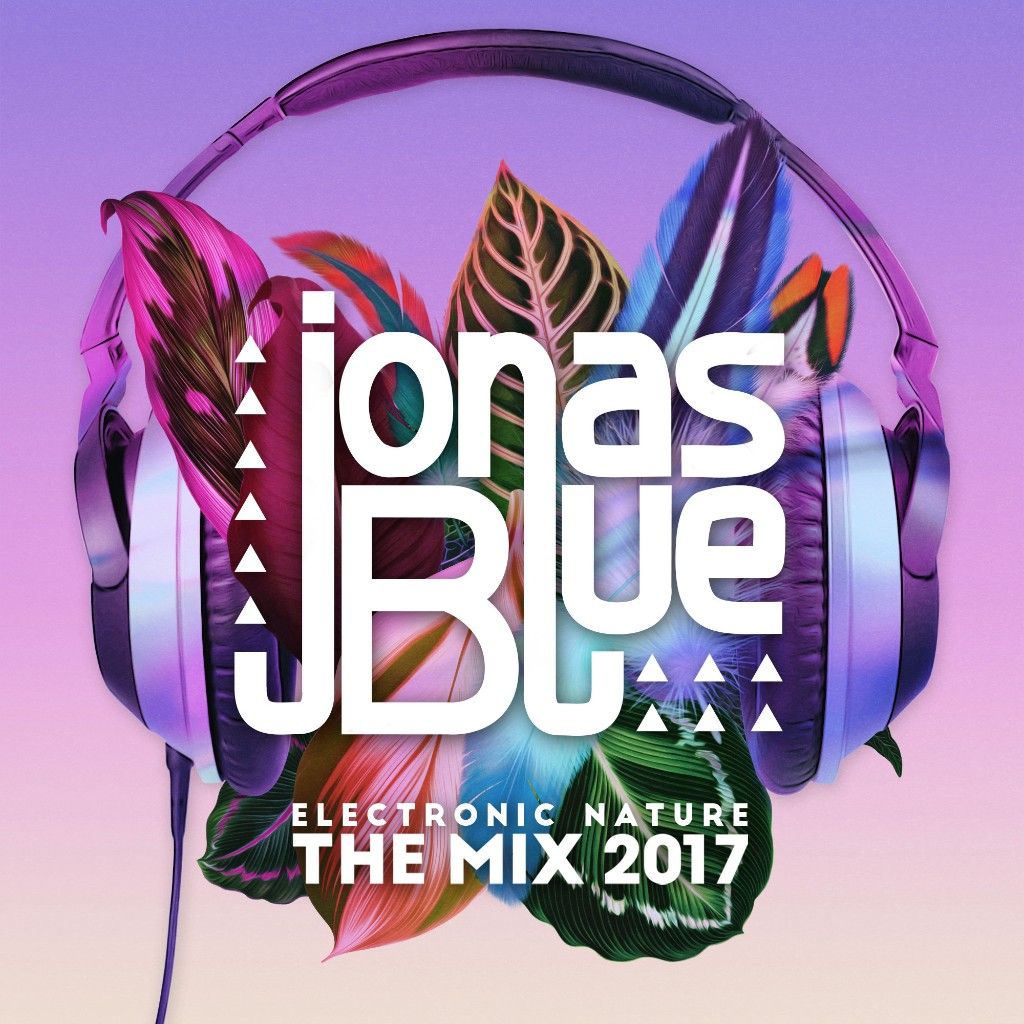 The UK’s biggest global breakthrough act, Jonas Blue, reveals his debut compilation album ‘Electronic Nature – The Mix 2017’. Set for release on 14th July via Universal Music On Demand (UMOD), the 3CD/digital bundle contains a handpicked selection of Jonas’ favourite dance anthems from his DJ sets, together with all four of his huge hit singles – ‘Fast Car’, ‘Perfect Strangers’, ‘By Your Side’ and current Top 10 smash, ‘Mama’. The compilation album also features two new and exclusive Jonas Bluecollaborations, with Mark Villa and EDX.

The compilation album is an introduction to Jonas’ latest endeavour, ‘Electronic Nature’. Jonas says, “I’m so proud to launch my new project Electronic Nature with this special album. It’s something that you're going to be hearing a lot more about in the coming months in association with my projects, there's going to be special events and a radio show and lots more. The concept and vision of Electronic Nature is to give my fans a fully immersive sensory experience of music, visuals and more…”

The album includes original material and official remixes from dance music’s hottest acts, including the likes of Galantis, Disciples, Oliver Heldens, Disclosure, CID, Gryffin, Don Diablo and Martin Solveig. Also making an appearance on the compilation album is Jax Jones and his smash hit, ‘You Don’t Know Me’ featuring RAYE. Jonas picked RAYE to sing on his third single ‘By Your Side’, which ultimately launched her into the limelight, earning the UK vocalist a place in the BBC Sound of 2017 shortlist.

Alongside his curated selection of dance tracks, Jonas also presents his collaborations with two dance music artists he respects and admires; 16-year-old Mixmash Records signee Mark Villa and Italian DJ EDX. Working together for the first time, Jonas and Mark crafted a dancefloor remake of Cutting Crew’s 1986 hit ‘(I Just) Died In Your Arms’. Jonas says, “Mark and I were able to take a huge 80's classic, and with the blessing of the Cutting Crew themselves, we've taken the song right into 2017 as a massive festival banger.”

Elsewhere Jonas collaborated with EDX for their original production, ‘Don’t Call It Love’. The infectious track is a cleverly-crafted blend of Jonas and EDX’s signature sounds, laced with the smooth vocals ofAlex Mills. In addition to these two collaborations, there’s also three official remixes from Jonas himself, most notably his recent rework of Zedd and Alessia Cara’s gold-selling single, ‘Stay’.

Jonas Blue catapulted into the spotlight in 2016, with his rendition of the Tracy Chapman classic ‘Fast Car’. The platinum-selling debut hit reached #2 on the UK Official Singles Chart and later earned him 2 BRIT Award nominations – ‘British Single’ and ‘British Artist Video of The Year’. Jonas’ second single ‘Perfect Strangers’, picked up platinum sales awards around the globe, while as previously mentioned, ‘By Your Side’ helped launch the career of rising British artist RAYE.

His silver-certified single ‘Mama’, has attained over 73 million Spotify Streams to date, and continues to make a massive impact in the charts. Currently #6 in the Official Singles Chart, the Summer hit is a firm fixture in the UK Spotify Charts, holding its #4 position, while remaining in the Top 10 of the iTunes Singles Chart. Not stopping there, the accompanying video has gained 40 million plays on YouTube.

Designed to be enjoyed by both his fans and lovers of dance music, ‘Electronic Nature The Mix 2017’ is the latest in a solid series of accolades over the course of Jonas’ career. Jonas comments, “Thank you to all my fans for supporting me and my music, you inspire me every day to do what I do… this is only just the beginning of the journey and I have so much more to come, I can't wait to share it all with you.” Not only a catalogue of the British artist’s favourite tracks, Jonas’ compilation album acts as an insight into his inspirations, shows his admiration for his musical peers and captures the spirit of ‘Electronic Nature’.