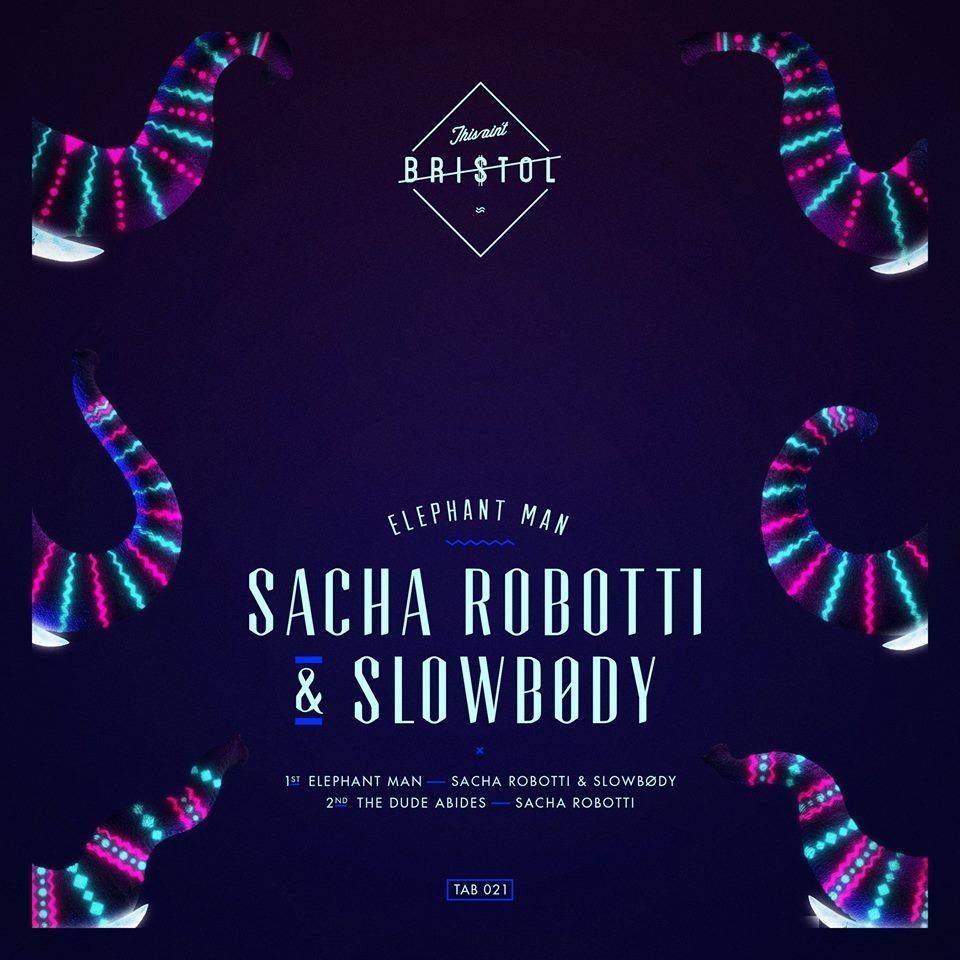 Sacha Robotti and Slowbody have just released their thundering new 'Elephant Man' EP on pivotal German label This Ain't Bristol –  Rather deformed and lumpy, the “Elephant Man” was on display for all to gawk. Yet, when he would return to his tent, he would put Sacha and Slowbody’s record to the needle. His head would begin to bob, as the penetrating cowbell would first hit. He would smile when the wonderfully weird bass echoed around his private chambers and The Elephant Man would dance again, forgetting about the cruel world outside his tent. In a bowling alley nearby, Jeffrey Lebowski is ready for the most important match of his life. His opponent warns, "We're gonna fuck you up." Unfazed, The Dude reclines and retorts, "Yeah, well, you know, that's just, like, your opinion, man." In this instance, The Dude most certainly does not abide.

This month Sacha also proudly announced his forthcoming North American tour with fellow dance music heavyweight Sirus Hood – in recent months the two artists have have experienced meteoric rises cementing themselves as two of the most talented names in electronic music. Driving forward from a momentous 2016 which saw both artists release a string of remarkable releases on the industry’s most sought after labels coupled with performing at some the worlds greatest clubs – the full run of tour dates and venues are listed below.

With a constantly evolving sound and catalogue of seminal releases, summer 2016 saw Sacha grace the stage at iconic American festivals including CRSSD Festival, Coachella Valley Music & Arts Festival, Lightning In A Bottle Festival and Burning Man. A name that’s on the lips of house music fans far and wide, this February Sacha is sure to showcase his undeniable talent as one of dance music’s hottest properties.