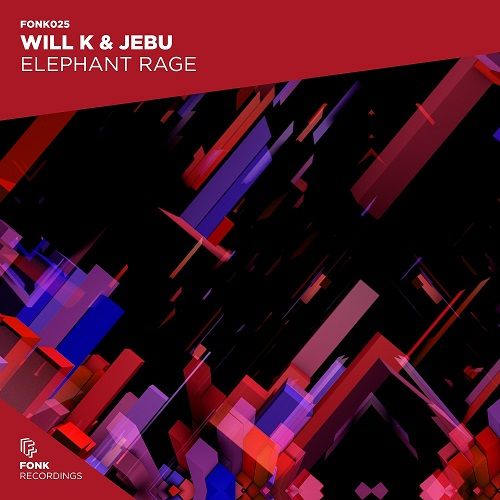 Having collectively released on the likes of DOORN, Axtone, Armada Trice, Size and Ultra Music to name a few, a collaboration between the in-form pairing of WILL K & Jebu was always likely to result in a sure-fire anthem, and in ‘Elephant Rage’ the pair don’t disappoint. The track sees the boys hook up for the first time on an official release, and the result is a track that is set to be heard across the globe for a long time to come, and further enhance the burgeoning reputation of two of 2017’s rising stars.

The track is introduced with a rap-style ‘back once again’ vocal that stutters through the early parts, bringing with it a groove that sets the tone nicely. Tribal percussion further compliments the impressive groove, as the track builds towards the first drop. When it comes, the pitched melody instantly cranks up the intensity, and the end result is a track that is primed to hit dancefloors worldwide. Electronic smatterings and snare hits chime in to keep things grooving throughout.

With support already from the world’s biggest names, including Axwell, Ingrosso, Martin Garrix, Armin Van Buuren and Sander Van Doorn. The stage is set for both WILL K and Jebu to fire into 2018 on a high. Don’t miss out on the next big thing, grab your copy of ‘Elephant Rage’ when it is released, via Dannic’s FONK label!