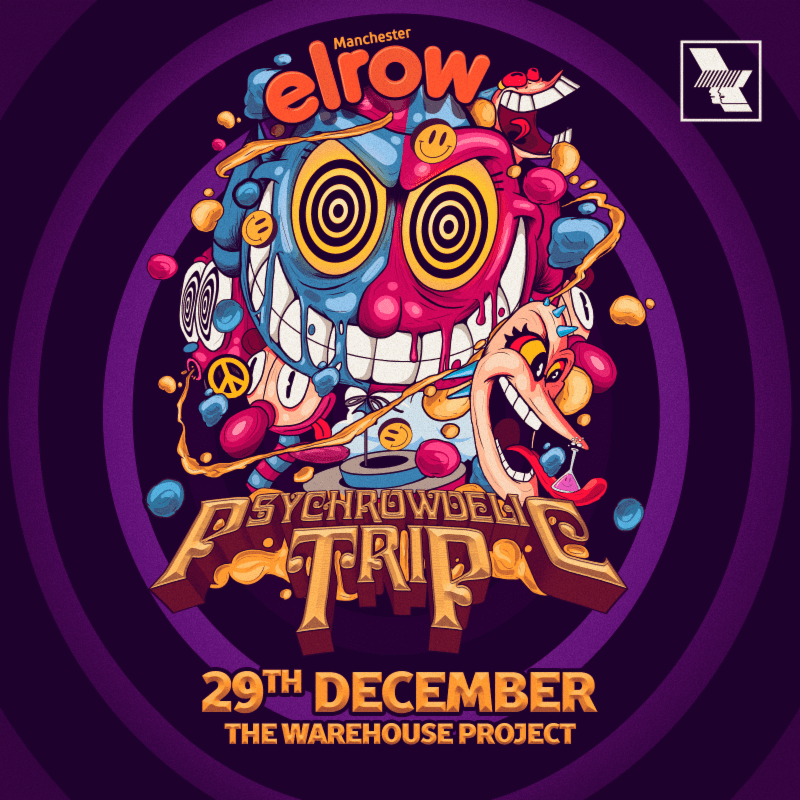 The perfect post-Christmas tonic, elrow's notorious Psychrowdelic Trip theme arrives in the city with its flower-powered arsenal of peaceful protestors, delirious chemists and scruffy guitarists. With a cry of "make elrow, not war", you're accepted into the bustling hippy commune where the only rules are to spread love and laughter, as the grooving characters take Manchester on the most unique feel-good trip.

While the lineup is yet to be announced, expect the bill to feature an array of elrow's most reliable and acclaimed selectors, providing the soundtrack for The Warehouse Project's most far-out party of the season, celebrating the final trip to Store Street in style.

Sign up for pre-sale tickets – on sale Wednesday 24th October at midday.