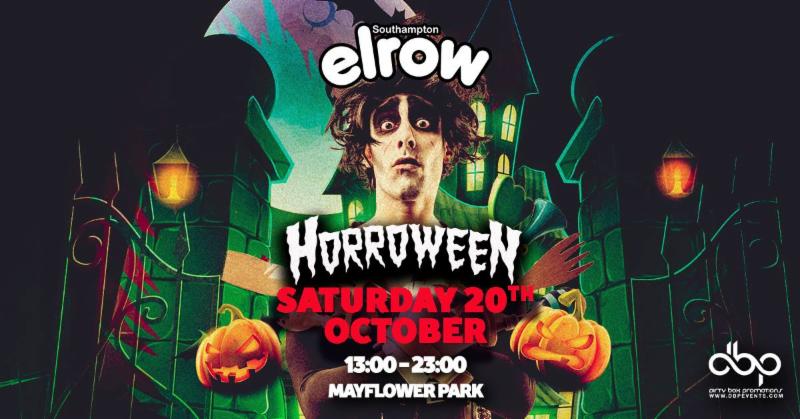 Following the runaway success of previous takeovers on the South Coast, elrow team up with DBP for a colossal Horroween special at Mayflower Park, Southampton on Saturday 20th October 2018.

With tickets selling out in minutes on previous visits to Switch, it makes perfect sense for the pair to plot their biggest show yet in the city. Scheduling a ten hour, daytime extravaganza, the scale has been widened in every sense as the bustling action and most exciting sounds in electronic music move outdoors to accommodate 6000 party goers.

Prepare to be terrified and exhilarated in true elrow style, as the terrifying Horroween theme plunges you into a chilling world of derelict haunted houses, disturbing dancefloors and petrifying graveyards. Alongside party zombies, fleeing priests and bewildering monsters, all must be confronted to solve the mystery of Lucy, the little girl that haunts the party from beyond the grave.

Only for the bravest of thrill seekers, elrow promises a Halloween unlike no other…if you make it out alive.