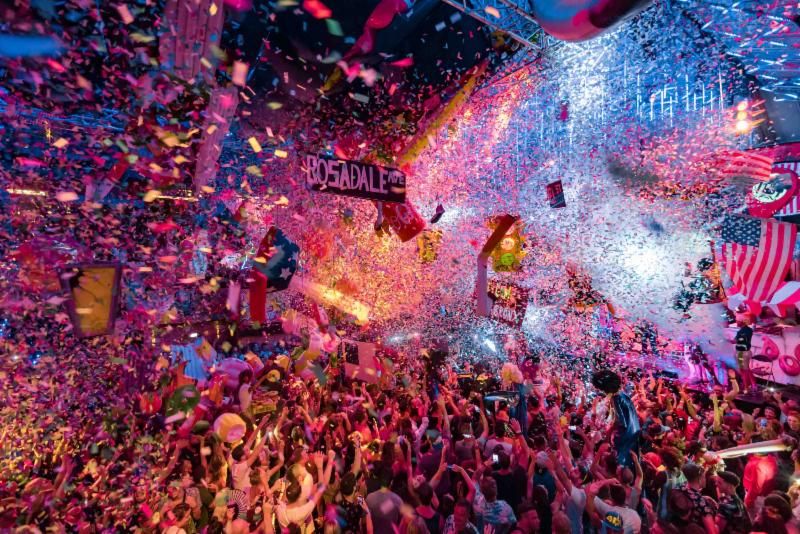 After unveiling brand new Chinese RowYear theme, elrow lock in a slew of colossal names for their eagerly-anticipated Ibiza residency.

Marking their second year at legendary super club Amnesia, elrow build on unparalleled global success by widening the scale of their events even further and enlisting some of the most iconic figures in electronic music to join them at the island's most unmissable residency.

Flagged as highlights from the 2017 season, house and techno titans such as Steve Lawler, Richy Ahmedand Joris Voorn will make appearances alongside Seth Troxler, Groove Armada, Skream, Kölsch, Ida Engberg, Eats Everything, Patrick Topping and Claptone. Making their elrow Ibiza debut, Denis Ferrer, Heidi, Camelphat, Latmun, Nakadia, Pan-Pot and Yousef will each be taking control of the most adventurous dancefloor on the island for the very first time.

With expectations skyrocketing year on year, elrow have secured an eye-catching array of names to match, as well as unveiling their most ambitious and immersive theme to date, in the form of the extraordinary Chinese RowYear. There's little doubt that all signs point to elrow cementing itself once again as Ibiza's number one residency in 2018 and beyond.

**FULL LISTINGS ANNOUNCED ON APRIL 26TH**
Elrow's 2018 opening party takes place on Saturday 26th May 2018. All tickets will be available from: https://www.amnesia.es

With lauded residencies in Ibiza, Madrid, London and Amsterdam already in place, 2017 has seen a game-changing partnership with live entertainment platform, Providence-Superstruct, allowing elrow to push to new heights with a Shanghai debut and a festival-scale event at the Queen Elizabeth Olympic Park in August.