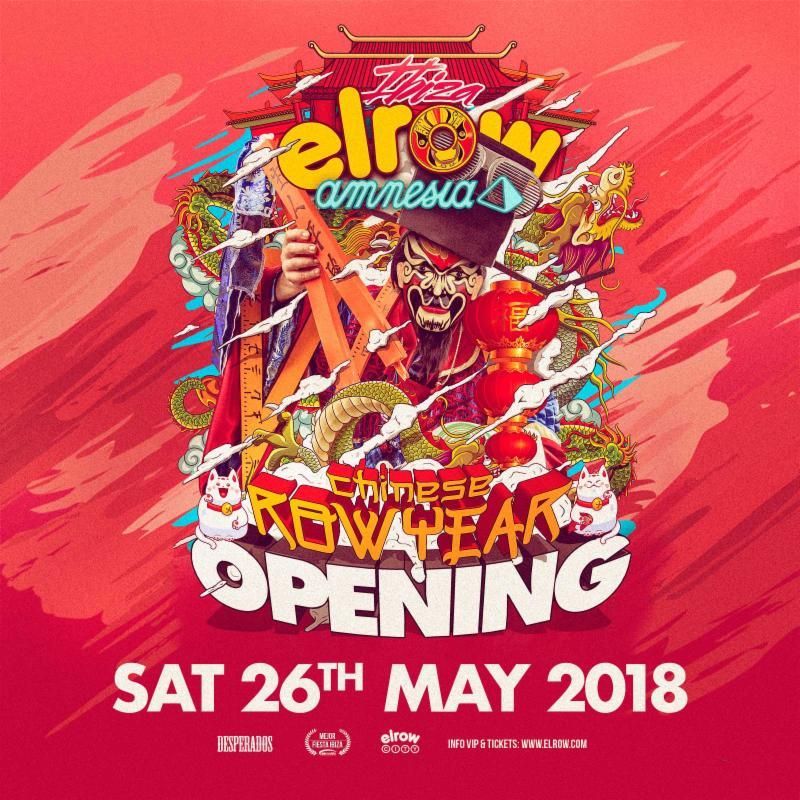 elrow unveil a brand new Chinese RowYear theme for the anticipated opening party for their Ibiza 2018 residency at legendary Amnesia, kicking off on Saturday 26th May 2018.
With the new moon as your guide, step into a chaotic Chinese bazaar, where sacred dragons and Gods of both good and evil run amok under red lantern light. Traditional pagodas and the Emperor's Grand Temple tower over party goers as they celebrate the Year of the Dog in true elrow fashion: a dizzying, vibrant adventure of euphoric proportions alongside a thrilling roster of characters and a soundtrack provided by the best in house, techno and everything in between.

It's yet more proof of elrow cementing itself as an essential and unique fixture of Ibiza's party landscape, much-loved by those that have experienced it and fiercely sought after by those that haven't, once again taking place every Saturday at Amnesia throughout the season.

With the announcement of its Chinese RowYear theme to launch another epic season, expectations are deservedly sky-high for the island's most immersive and unparalleled calendar of parties.

Elrow's 2018 opening party takes place on Saturday 26th May 2018. All tickets will be available from: https://www.amnesia.es

With lauded residencies in Ibiza, Madrid, London and Amsterdam already in place, 2017 has seen a game-changing partnership with live entertainment platform, Providence-Superstruct, allowing elrow to push to new heights with a Shanghai debut and a festival-scale event at the Queen Elizabeth Olympic Park in August.