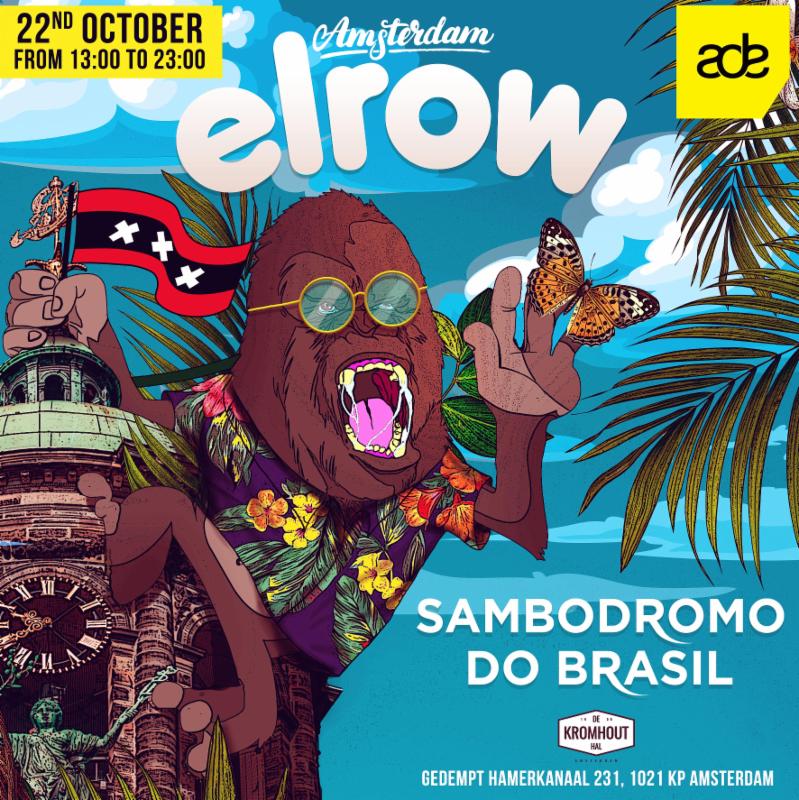 elrow's spectacular 2017 continues as they head to Amsterdam this October to close the world renowned ADE.

For one weekend every October, Amsterdam becomes the centre of the dance music universe and this year elrow will be the feather in the cap to provide the farewell finale on the Sunday, as they set to take over the vast and industrial confines of Amsterdam's Kromhouthal. Set on the waterside and normally used as an exhibition hall, Kromhouthal is set in a former factory, with original steel-clad pillars and cranes making it the perfect partner for elrow's ADE return.

Here they will get to work and weave their magic, transforming the space into a vivid and wild wonderland, for their famed Sambodromo Do Brasil party. A celebration of everything Brazilian, Samba and Butacada, expect a a wild Brazilian street party to the jungle, with troupes of Samba dancers, carnival floats, drummers and footballers.
The line up is still to be announced, however the mammoth daytime party will feature reliable party-starters as well as many more elrow stars and favourites. Expect top-tier techno, crazy costumes and a never-ending stream of confetti.

This will be the third time elrow have played at ADE, itself a nonstop networking, thought provoking pick of panels and stellar parties with the dance music industry's finest.